Life is like a road, there are bumps, there are cracks, there are road blocks.
But the only important thing is that it keeps going...


It was too quiet.  The silence was tearing me apart and I was just not handling it very well.
Arvid deals with it in his own way.  He stays busy, but every so often I catch him
staring at Brutus pictures.  I see the pain in his eyes and that's a killer.

We have talked about getting another kitty but not until Christmas.  Monday morning
neither Arvid nor I were doing so good.  I told him I want another kitty today. 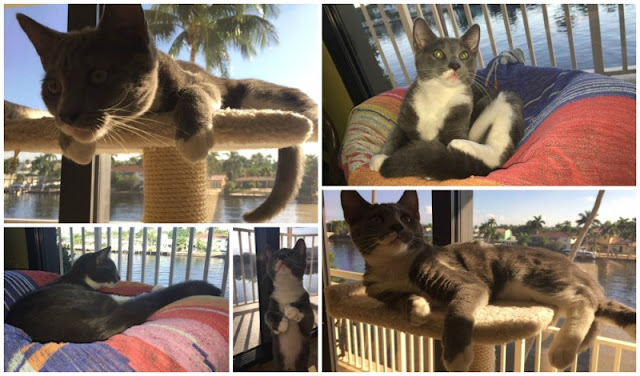 Not that he did not want the other kitty, but he said it was too soon for him.  He looked at
me and with the tears rolling down he said, "it's not right.  It's not right.  It looks like
you are replacing Brutus."  NEVER!!!  Brutus can't and will never be replaced.
Arvid said to me, "Brutus is in heaven and one day we will see him again."

Monday morning we went to the shelter.  Saw three kitties.  Choose Shadow.
Tuesday we picked him up and brought him home.  Home is now not quiet.  Shadow
is a baby and he runs like crazy.  Plays like crazy and then suddenly he will fall asleep. 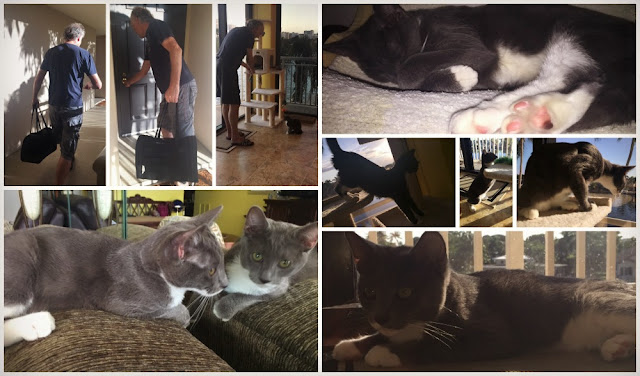 Named Shadow by Arvid because he follows him everywhere already.  The little
dude is cute.  I know he will fill our hearts with joy again.  Right now Brutus took my heart.
I miss that kitty like crazy and I try to not let it interfere with loving Shadow.

To all a very good day.  Life goes on.
Missing someone seems like a part of life for me. 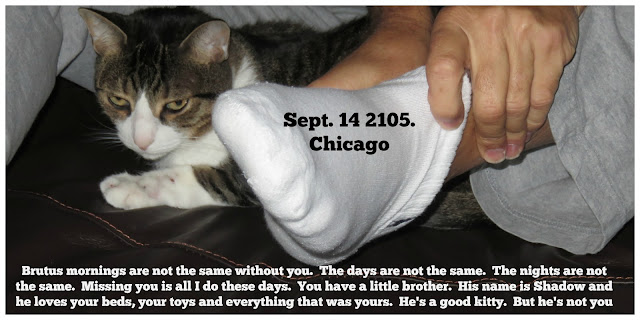 Don't let it break you.  No matter how hard it gets, life goes on...