We all love vacations.  Some more than others, for us the best part of any vacation is coming back home and  being with Brutus.  We had a wonderful time in Mexico.  More so because we stayed in our own condo which was acquired sight unseen.

I remember being in New York this past November and Arvid calling me and saying he missed me.  At the same time he asked me if I would like to have a place in Mexico.  Of course I said yes.  Well when I came back from New York we had a place in Mexico.

The apartment is in a great location and best of all we love it and we can go there four times a year if we like.  We think we will do two times a year. Yes, definitely coming back! 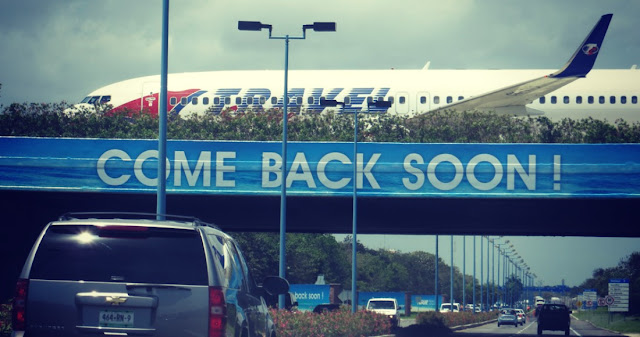 As much as we were having a blast, good food, good music and happy hour among other things, Brutus            was never far from our thoughts.  The only person I called aside from my mom was Liliana.  Brutus' pet sitter and my friend.  Spoke to my mom probably 3 times while we were gone, a sister and regularly with Liliana just making sure Brutus was OK.  He was/is doing good.  Aside from the paw which still looks awful, everything else is good.

We arrived and were supposed to pick Brutus up at Liliana's place.  She always like to keep him with her so that he is not alone.  To our surprise (pleasant one), Liliana had brought Brutus home to us already.  Yes, he was home waiting for us.  We were happy!

As soon as we opened the door he was right there waiting for us.  That night he spent the entire time with us on the bed, moving from Arvid to I constantly just making sure we were there.  He also spent quite a while playing with my braids.  Yes, he was all over us and never left our side until the morning, at which time he cried and cried until one of us got out of bed.  Always me :)

Spoke to Liliana and she said that this time Brutus missed us too much.  She said he cried constantly and tried to run out everytime she opened  the door.  Seems he liked being out in the hallway.  When he was little Arvid used to take him out in the hallway and together they took the trash out.  Hearing this made Arvid and I really sad.  Of course we then spent time reassuring him everything was OK.
Arvid said, "he's just like a baby".
...and right now the baby is sleeping among all the warm laundry...

Good to be home:)


Life has taught us that love does not consist in gazing at each other,

but in looking outward together in the same direction...