Sometimes when you think you have seen or you have heard everything,
some like this happens and it makes you realize that you ain't seen anything
and what you thought was the "end" of the road was really just a bump
on the way.

I read this online the other day and I can't seem to get it out of my mind.
All I see and all I picture is a family going through the hardest moments in their lives.

Here is their story, exactly as reported.  My heart goes out to them.
When a couple was told that their 2-year-old boy, Logan
had weeks to live, they decided to get married as soon as possible---
with their son as the best man.

JEANNETTE, Pa. (AP) — A 2-year-old boy with only weeks to live will serve
as best man when his parents wed this weekend.
Sean Stevenson and Christine Swidorsky, of Jeannette, had planned to wed next
year but decided to move the ceremony up to Saturday so their son, Logan,
who has leukemia and other complications, could participate.
"We want Logan in our family pictures, and we want him to see his mother
and dad get married," Swidorsky said. Her 13-year-old daughter from a
previous relationship, Isabella Johns, will be a bridesmaid,
and the couple's 1-year-old daughter, Savannah, will be the flower girl.

Logan has Fanconi anemia, a rare disease that often causes cancer.
He was diagnosed with acute myeloid leukemia at 14 months old and had a
stem cell transplant a year ago. He lost one kidney to a tumor in March
and now has a mass on his other kidney.
Last week, doctors told the couple the boy would live only two to three weeks more.
"It'll be the hardest thing I'll ever do, is bury my son," Stevenson said.
"You know it's coming, and you can't do anything about it." 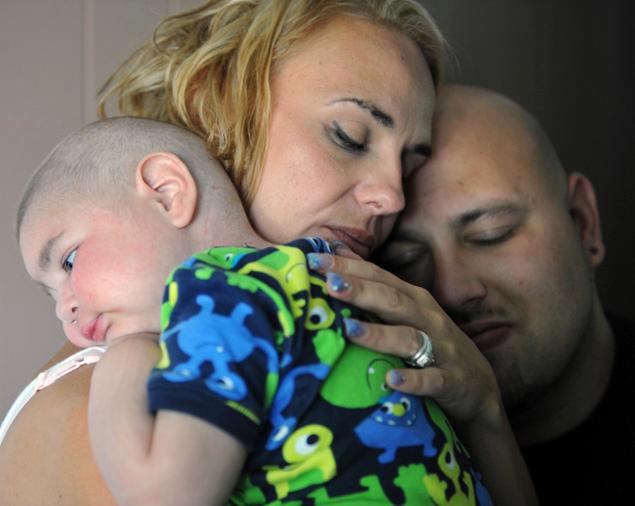 Family and friends have pitched in to organize the wedding,
while Logan spends his last few days resting in his parents' home.
Swidorsky said the couple expects about 100 people to attend the wedding.
"The best thing for Logan is to be home with his parents," she said,
adding doctors told the couple "he would be in more pain in the hospital."
"I just am thankful that I am able to bring my son home and have time
with him and hold him before he goes," Stevenson said. "So, in that sense,
I feel lucky that I at least get to say goodbye to my son ... and tell him it's going to be OK."
Swidorsky said she has learned a lot from Logan.
"He's made me a better person," she said. "He's just an angel from heaven,
and I'm going to miss him." 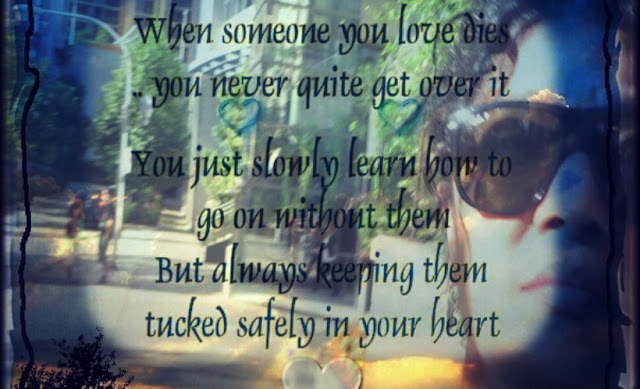 I don't know how theses parents are dealing with this.  How do you deal with
the fact that your child is dying.  You know how long
they have left to live and yet there is NOTHING you
can do to change these facts.   Life, it is just so very hard.

I know from experience that when someone dies,
a part of the people they left behind dies also.
Today, tomorrow, forever, I will always love you!

To the world you may have just been somebody, but to all of us you were the world...