The Weekend Is Here...

You have to fight through some bad days to earn the best days of your life...

I'm not exactly sure why yesterday was any different from the rest of the days, but for
some reason it was a difficult day for me.  Brutus was on my mind constantly.

Today started out pretty hectic.  Before Arvid and Shadow were awake I was already at
the doctor's office waiting to have the fist blood work for the year.  Another one
scheduled for next week.  Again my doctor has switched my medications.
He said the last one he gave me accelerated my heartbeat way too fast.

Said that it could have sent me into cardiac arrest.  Not very comforting since I took it for
an entire month.  When he asked if I felt any hyperness all I could answer was, 'I felt
nothing."  That was between November and December,  Brutus had just died. 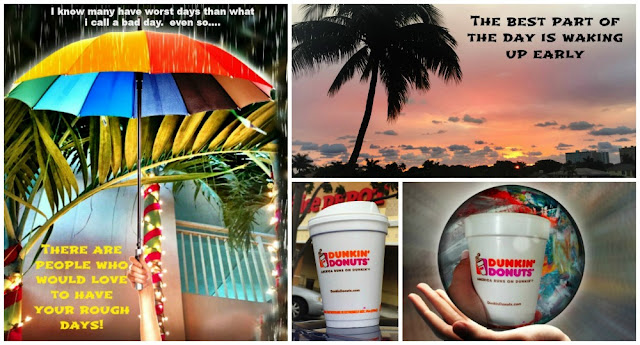 This new medication I am on slows my metabolism.  According to the doctor.  That being
said I have also gained more weight.  What a way to go. As if I were not depressed enough.
Now to deal with even more weight gain.  Not sure what it takes to be "stabilized."

Our Fridays since Brutus died have been pretty low keyed.  Today we will go out
for some music, a few drinks and some food with friends.  Truth is I am not really keen on
doing this right now.  I just don't seem to want to go out much at nights right now,
but I also know that it will be good to get out and listen to music for a little.

Shadow is becoming more and more attached to us as the days go by.  He does not like
it when he can't see us.  We move he moves.  He's getting bigger and heavier by the minute.
He has also developed many of the same behaviour Brutus had.  Very hard not to compare them.
Danielle pointed out to me that I compare them all the time.  Not sure how not to right now. 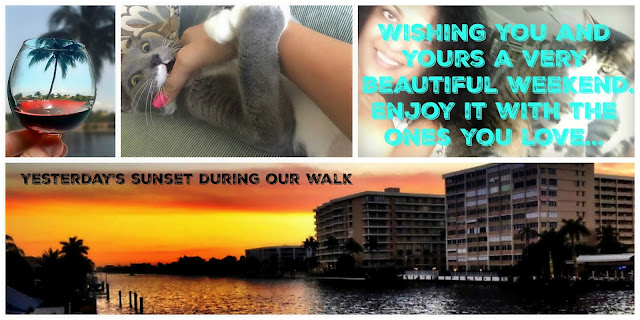 It's already been a very exhausting day for me.  Lots of running around, but in between I did find
time to stop and have a coffee.  Something that always relaxes me and slows me down a bit.

Hope that your day so far has been a good one and that the weekend is just amazing.
To all a Happy Friday and let the weekend begin.  Have a blast and live it up!

Smile and enjoy the weekend.  It's your road, and yours alone others
may walk it with you, but  no one can walk it for you...

Labels: No matter what I do my mind always seem to wander off and think about you..
Newer Post Older Post Home