I finally realized it.  People are prisoners of their phones,
that's why they are called cell phones...

So yesterday Arvid and I had to do some errands.  Not having a car we usually walk
everywhere, which is what we did.  Occasionally we take the bus provided by the
building or a taxi.  But we look at it as exercise, so walking is our first choice. 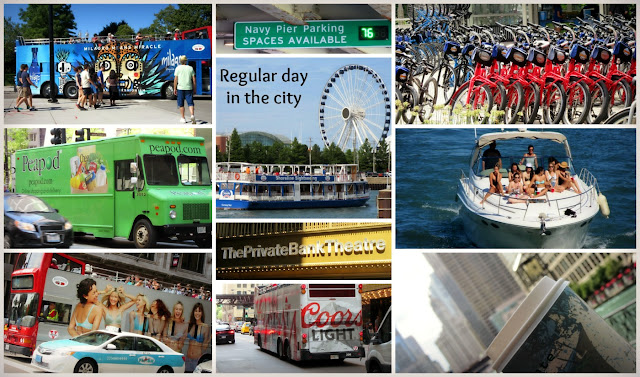 It never ceases to amaze us the way almost everyone is with their phones.  No one
really raises their heads up anymore. Everyone is busy doing something on their
phone.  Pretty interesting, pretty bizarre and sometimes pretty stupid.

Of course I tried to get pictures of people interacting with their phones.
Was surprised that one guy was skateboarding, pulling on a small suitcase and at
the same time texting.  Amazing what people can do these days. Pretty talented if you
ask me, at the same time dangerous because cars were zooming by all the time. 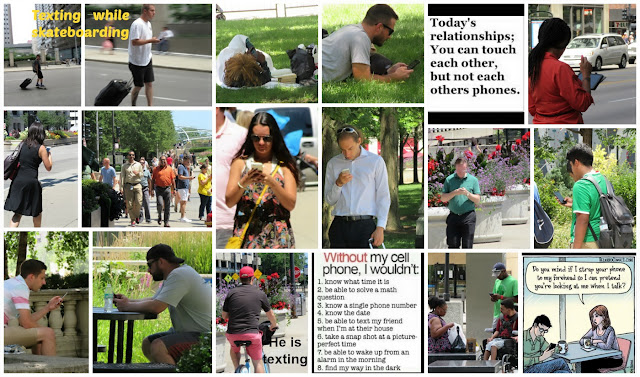 Even more amazing is the story that Arvid told me the other day.  It was actually
on the news. Two men dressed in black, with ski masks and guns knocked on a door.
Surprisingly, the door was opened by a young man who was yes, on his phone.

He never raised his head.  He just opened, and let the robbers in while he continued
to do whatever it is he was doing on the phone.  Head always bent looking at the phone.
The house was robbed. The robbers just walked out and the young man who
opened the door never really saw much.  This was captured by the home
security cameras in the house.  And by the way it happened in Florida.

I love my cell phone.  It's always with me.  I use it to take pictures of everything,
but I refuse to walk around with my head down in the streets texting.  Just wrong I think.

We have been having beautiful days here in Chicago.  Norway seems so far away.
I don't miss Norway one bit, but the people who make it special, well that's a different story.
Again I can't stop saying how good it feels to be home, at the same time I will be the first to say,
"this was one of our best summers."  It feels good not to be running from place to place.

Arvid and I have been taking walks along the park and the water.  Hopefully today
we will go feed the duckies.  Love those outings.  Relaxed and just so enjoyable.  Sniffer
is happy as can be.  He has found his spot between Arvid's legs and never wants to leave. 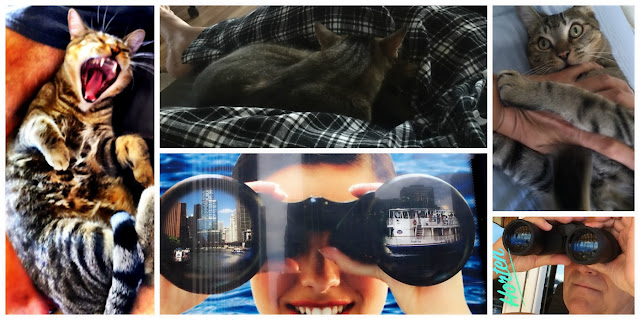 Yeah. He's a good boy and he makes our home a better place.  Yes, he and Arvid
do have a few run-ins.  Especially when Sniffer decides to wake up early
in the mornings (3:30am) and start wandering around chasing his toys.
Does not disturb me.  I manage to tune him out. Arvid not so much.

Another beautiful day begins.  Hope and wish it's the same for all of you. Yay!
Good morning everyone.  Remember whenever you feel stupid, just think
that there are people out there looking for Pokemon. 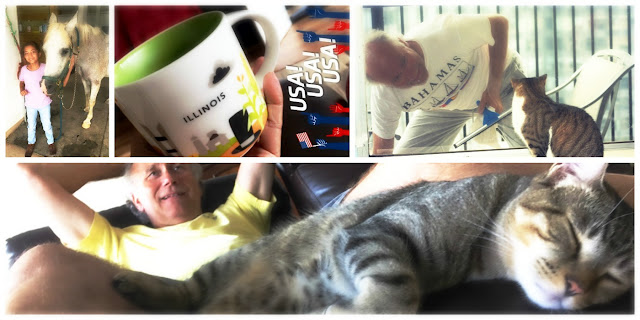 Putting your phone away and Paying attention to those talking to you?
There's an App for that it's called "RESPECT"

Labels: Missing someone and not being able to see them is the worst feeling ever.
Newer Post Older Post Home