If the black box flight recorder is never damaged during a plane crash, why isn't the whole airplane made out of the stuff? ...

Was bound to happen sooner or later.
Authorities say no one was injured when two commercial jets collided near the gates at Miami International Airport. 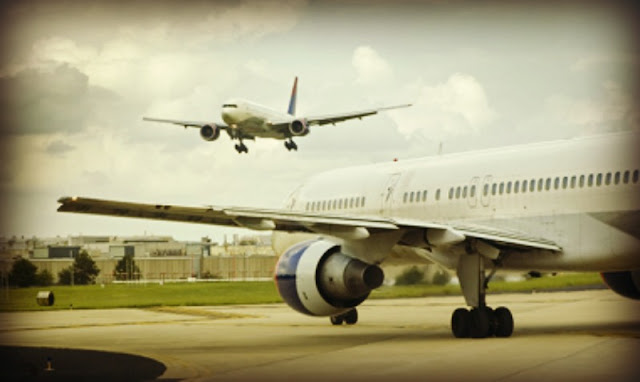 The collision happened between Concourses J and H as an incoming Aerolineas Argentinas Airbus with 240 passengers aboard struck an Air France 777-300 plane preparing to leave for Paris with 350 passengers on board.
The Herald reports the passengers arriving from Argentina were allowed to get off the plane at the gate. The passengers heading to France had to pick up their luggage and wait in long lines to reschedule their flights.
An investigation is under way.
I guess sooner or later we have to all die.
I wouldn't mind dying in a plane crash. It'd be a good way to go. I don't want to die in my sleep, or of old age, or OD...I want to feel what it's like. I want to taste it, hear it, smell it. Death is only going to happen to you once; I don't want to miss it...  Jim Morrison
~Nadiya~
Posted by Nadiya at Saturday, January 19, 2013

Labels: A loved one was killed in a plane crash, so I hate travelling in planes. Death is so unexpected. I would actually rather stay at home and not go anywhere.
Newer Post Older Post Home