Brutus. Brutus ~ Two Years Without You ~

As I go on living without you,
I go on without a huge piece of myself...

October 2006 was one of the best years in our lives, if not the best. That was the
year Brutus became a part of it.  I have had kitties before thanks to my then
husband Paul Riley, who was a cat lover.  He introduced me to the joys
of being a kitty mama. From that day on kitties became my babies. 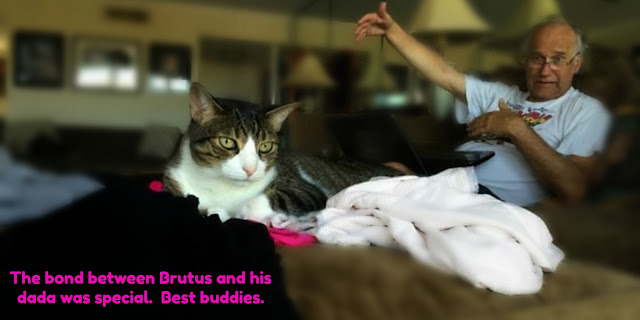 Having had five kitties previously made me ready for Brutus.  I was
waiting for years for Arvid to finally say it was OK for us to have a kitty.
Finally one day out of the blues I said,"so do you think we can adopt a kitty?"

Imagine my shock and surprise when he said, "yes." I was the
happiest person in the world. I had at that time been without a little
fur baby for 6 years. I gave up the  five I had for adoption in 2000.
A decision I regret to this day, but one I made and I live with. 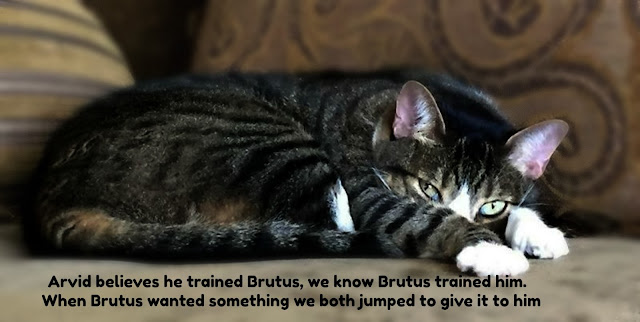 He realized that life was not only on the go 24/7, but that one must
make room for the simple things as well.  Brutus taught him compassion,
gentleness and so much more.  Ask Arvid and he will be the first to tell you
that Brutus saved him and Brutus saved his life.  Arvid had just gotten
out of surgery and was sitting.  He told me he was about to keel over,
but Brutus kept climbing on him and meowing until Arvid woke up. 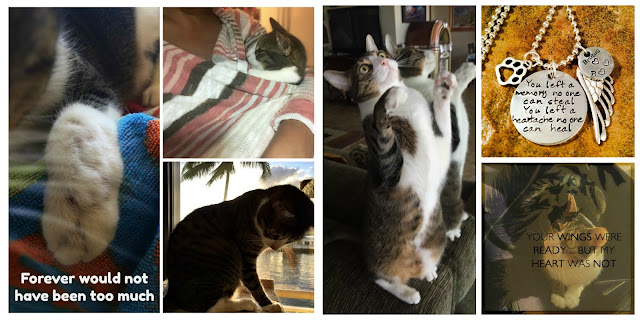 Our life without Brutus is different.  We still do what we have to do.
We are in Missouri because we could not stand to be in our Florida apartment.
Too many memories of Brutus.  Here in Missouri we are busy. Not
much time to dwell on much, but no matter what, Brutus is always
with us.   Both Arvid and I miss that little dude like crazy. 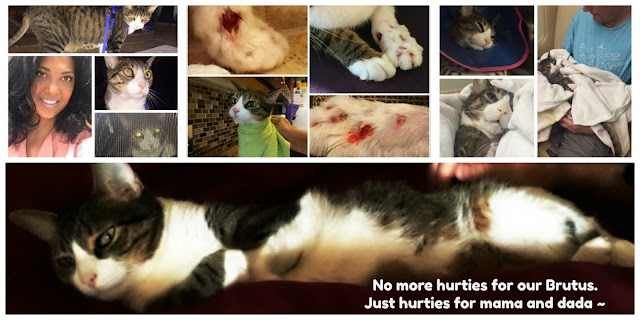 We have Sniff now.  He is a wonderful kitty.  We have routines with hm.
He likes a few of the same things, but at nights where Arvid used to sing for
Brutus while he ate his snacks, little Sniff will have none of that. 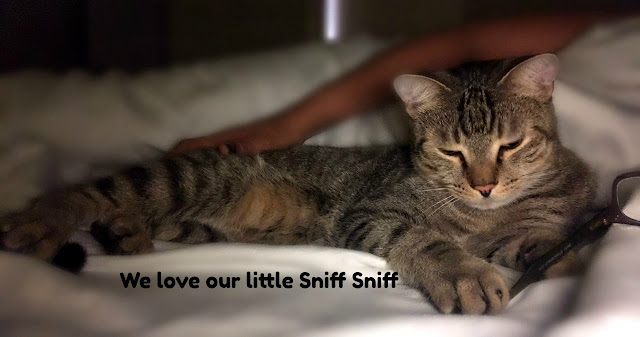 I will be lying if I said I do not think of Brutus every day and wish he was back
with us.  I loved him and love him like the child I never had.  Brutus will
forever be my baby.  Brutus took with him a part of my heart
and my soul.  No one can give that back to me. 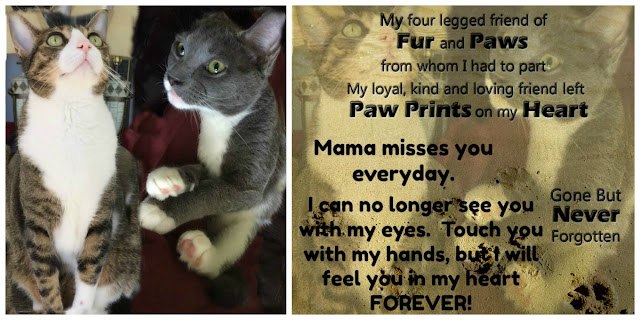 There is no worse storm than the one I carry in my heart. 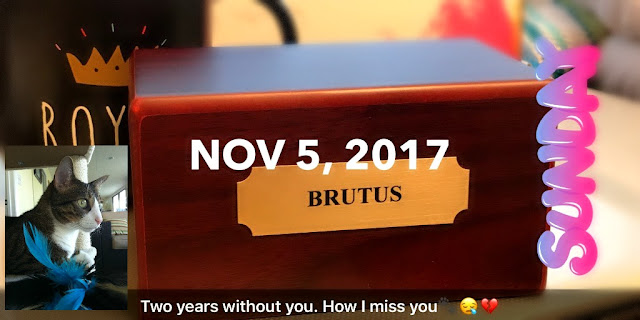 Two years  have gone by fast.  So much has happened.  Glad that we
have been and still are so busy.  Helps to keep many thoughts
at bay, at least during the day.  Nights when I have
some time on my own that's a different story.

Yesterday as I had a little breakdown, Sniff was right by my side
looking unsure as to what was going on.  I am grateful for our Sniff.
Everyday is a new day with new chances to make the most of
this life we have.  I do and everyday I am always thankful.

Each night I put my head to my pillow I try to tell myself
I am strong because I have gone one more day without you...