Sweet, crazy conversations full of half sentences, daydreams and
misunderstandings more thrilling than understanding could ever be...Sisters

The last few days have been spent in the company of my sister.  I could not have asked
for anything better than that.  Both Arvid and I picked her up at the airport on Friday
evening.  Arvid who was and still is not better insisted he wanted to go.

From the minute she landed Arvid had her laughing which always makes me happy. I love
to hear my sisters laugh and whenever Arvid is around they seem to laugh louder and
even more and.  Arvid being Arvid did not hesitate to show her around and talk
about his hobbies and collections.  They talked stamps and of course
about our gold claims in Nevada among other things. 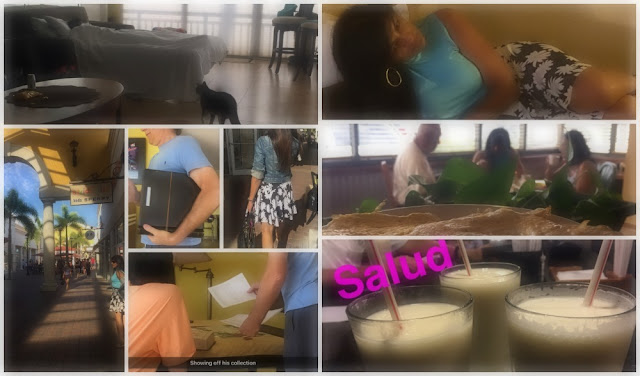 Everyone who knows Arvid know he loves his TV shows.  Well while my sister was here he
said that the TV shoes can wait.  Even I was a bit surprised about that, but of course happy.
Instead we spent the evening chatting away and just enjoying ourselves.  Best times.

Saturday Nirvana and I went to Orlando to meet up with family.  Arvid was not feeling well
so he could not go.  Not the worse thing that could have happened.  We had three hours
in the car.  The music blasting at times and the conversation always going on.

We talked abut anything and everything.  Just the way sisters and best friends do.
I was very happy to have had these hours alone with her. After a good dinner that evening,
it was time for some Pina Coladas.  I really think we had a tad bit too many, but who
was counting?  I sure was not and neither was she.  Made for a great evening.

We visited with family.  Spent several hours laughing and catching up with everyone.
I met an aunt I had never seen before and at the same time I found out that I
have 2 cousins living in Amsterdam.  Through Facebook we will hopefully get to know
each other well and already Arvid and I are invited to their homes.  That's family. 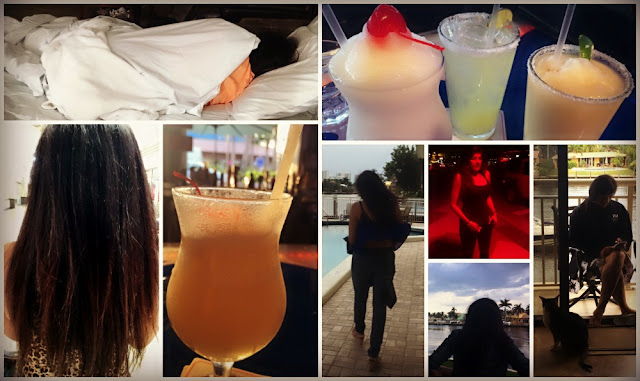 When Nirvana and I got back home to Fort Lauderdale we were surprised by Arvid.
He had the apartment glowing with lights and music from the jukebox.  Once again he
was missing his favorite TV shows.  As Arvid later said, "the scene was set for
a night of celebration." And celebrated we did with vodkas and coke.  Not something
Nirvana and I would do, but the mood was set and we were willing.

With Arvid pouring the drinks she and I got happier and happier by the minute as did he.
Arvid having a cold said that he should probably not have any alcohol, but because
my sister was here, "why not.? and so we continued until the wee hours.

Sunday we did not get to do our usual outing so we decided that the 3 of us should
do it on Monday instead.  One of Nirvana's favorite restaurants here is J Alexanders and that's
where we took her.  As always the food was delicious and the carrot cake a little too
filling.  We sure did not complain about that.  Made for a good evening snack.

Brutus was as always a little skeptical.  He was not afraid, but he kept his distance.
Whenever she was not looking he would run all over her bed, sniff it and lay
on it for a little.  Whenever Nirvana was o the balcony, Brutus would keep an eye on her.
When it came time to eat, Brutus made sure Arvid was around to "protect" him.
Brutus as you can guess is not the bravest kitty, but he sure is one of the
cutest and that's good enough for us. For us the cutest  of course. 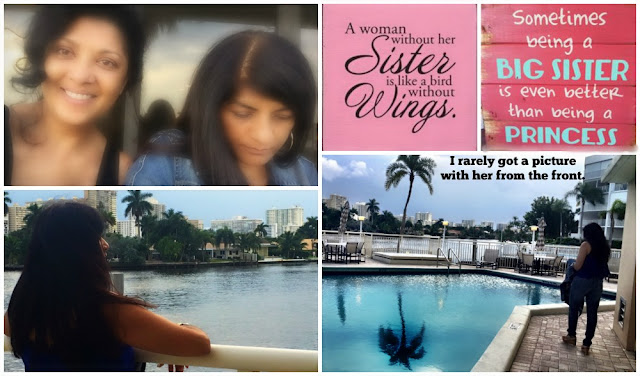 Monday night we decided to go to the beach together with Liliana for Margaritas and Pina
Coladas.  Yes, it was happy hour at the beach and we were there getting happy. Guess
it did not hurt to have a few of the guys flirt with us.  Made for an even happier time.

By the time we left the beach we were pretty much not fit for more.  Arvid was  quietly
waiting at home.  Still with the cold and the sniffles.  Yep, even though he would have
liked to go with us he was not feeling that good and after the vodkas from the night before
he decided it was best to stay home and just take it easy.  No complaints from me there.

It is quiet without her.  I enjoyed our talks and our quiet moments.  I miss her very
much and I am thankful for the few days we had together.  Hopefully it will be repeated.  I
really enjoy seeing how comfortable Arvid is around my family and they around him.  Relaxing. 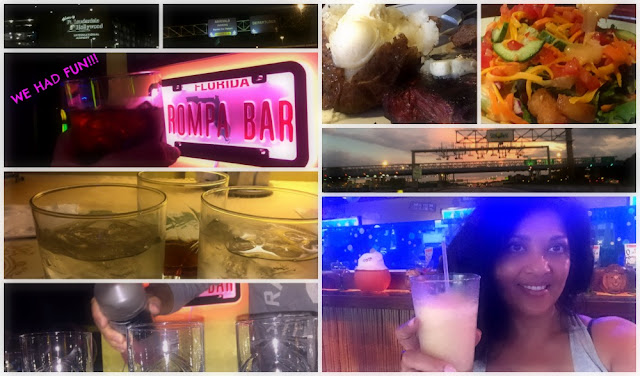 Back to being on our own.  Busy, busy but in a good way.  Clouds are rolling in right now.
Seems like the weekend will be wet and dark, but this being Florida that can also change
in the blink of an eye.  Have already started with doctors and labs and more doctors. 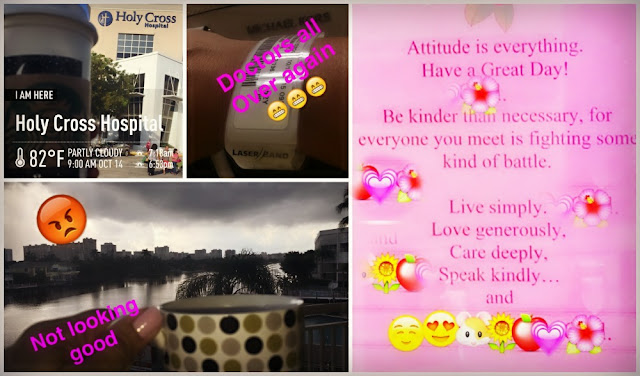 Not so happy about that, but it needs to be done.  Today at the lab the girl who drew
my blood was not very gentle.  Not too happy about that.  Otherwise all is good
and it's a good day to be happy and grateful.  Happy Thursday everyone.

Sisters function as safety nets in a chaotic world
simply by being there for each other...