The cat could very well be man's best friend
but would never stoop to admitting it... 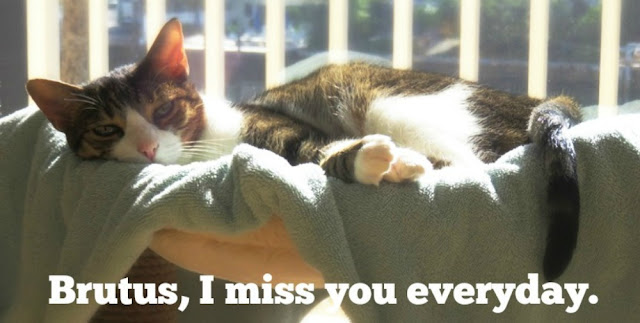 They also say if animals could speak, the dog would be a blundering
outspoken fellow; but the cat would have the rare grace of never saying a
word too much, unlike so many people who just talk for talks sake and most of
the time it's just a waste of your time or just out of politeness one has to
listen and pretend to enjoy an otherwise senseless conversation.

I would give anything to "hear" Brutus again.  To see him.
To hold him, but it is what it is and that will never be possible. 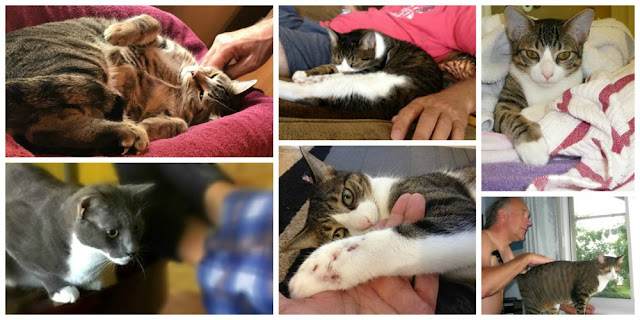 Brutus and Arvid had a special bond and it was just amazing to watch
these two interact.  I know also that this bond exists with many pet owners
and their pets...it's just beautiful to see man and animal together.

Brutus slept in the curve of Arvid's arm at nights
and though he got tired Arvid  would just hold him for as
long as he, Brutus was laying there...that's LOVE.

Sniff sleeps with us, but he won't let us hold him.  Many a times
both Arvid and I miss that something extra we shared with Brutus.
We love Sniff, but Brutus took our hearts with him.

Three years has gone by.  In three years our lives went
through tremendous changes.  Would we have gone to Branson
had Brutus not died?  I don't think so, on the other hand
the time I experienced in Branson will always
be one of the most special times of my life. 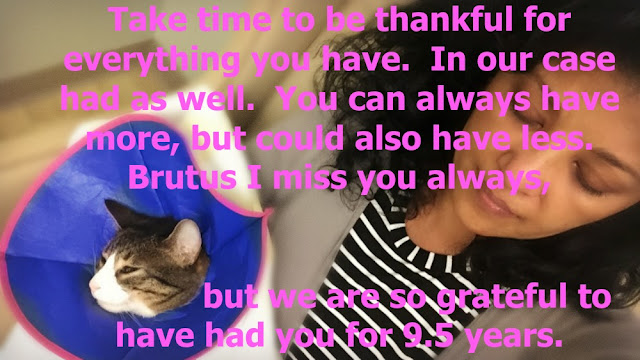 How strange that tragedy also brought something
wonderful into my life.  My heart misses our Brutus,
but in our daily lives it is also very happy with
our little Sniff.  Life it is what it is.

A cat can be trusted to purr when she is pleased,
which is more than can be said for human beings...

Labels: Sometimes it's OK if the only thing you did today was breathe.
Newer Post Older Post Home