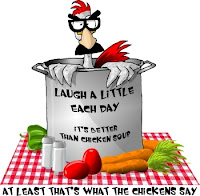 I'm not dumb. I just have a command of thoroughly useless information.....
Dumb blonde jokes have been around since the dawn of time...it is all too common to hear about those dumb blonde jokes always about girls..well here is a twist to it.  Blonde man jokes.  Got this from a friend and it made me smile a lot after reading them so I would like to share it with you also.  Hope you enjoy them as I did.

A married couple were asleep when the phone rang
at 2 in the morning.The very blonde husband picked up the phone,
listened a moment and said 'How should I know; that's 200 miles
from here!' and hung up. 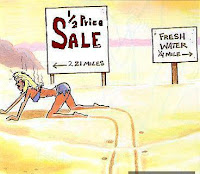 The wife said, 'Who was that?'
The husband answered, 'I don't know, some guy wanting to know if the coast is clear.'

A blonde suspects his girlfriend of cheating on him, so he goes out and 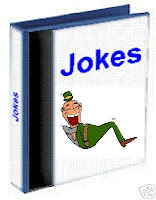 buys a gun. He goes to her apartment unexpectedly and when he opens the door he finds her in the arms of a redhead stud. Well, the blonde is really angry. He opens his coat to take out the gun, and as he does so, he is overcome with grief. He takes the gun and puts it to his head.
The girlfriend yells, 'No, honey, don't do it!!!'
The blonde replies, 'Shut up, you're next!'

A blonde was bragging about his knowledge of state capitals.
He proudly says, 'Go ahead, ask me, ... I know 'em all.'
A friend says, 'OK, what's the capital of Wisconsin ?' 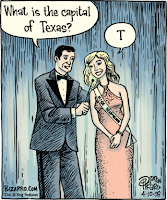 Q: What did the blonde ask his doctor when she told him she was pregnant?
A: 'Is it mine?'

Bambi, a blonde in his fourth year as a UCLA Freshman, sat in his US
Government class. The professor asked Bambi if he knew what
Roe vs. Wade was about.
Bambi pondered the question; then, finally, said, 'That was the decision
George Washington had to make before he crossed the Delaware .'

Returning home from work, a blonde was shocked to find his house
ransacked and burglarized. He telephoned the police at once and
reported the crime. The police dispatcher broadcast the call on the radio,
and a K-9 unit, patrolling nearby, was the first to respond. 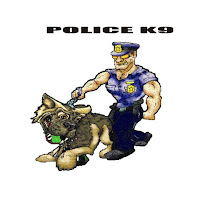 As the K-9 officer approached the house with her dog on a leash, the blonde
ran out on the porch, shuddered at the sight of the cop and her dog, then
sat down on the steps. Putting his face in his hands, he moaned, 'I come
home to find all my possessions stolen. I call the police for help, and what do
they do? They send me a BLIND policewoman!'

Hope you had a good time with this...so maybe the jokes originally were not blonde men jokes but..the still sounds good:))

Don't worry about what people think. They don't do it very often......I've lowered my expectations to the point where they've already been met ...
until next time...