Nobody can go back and start a new beginning,
but anyone can start today and make a new ending...

Seems we can't get Chicago out of our minds.  This is the
fourth time buying an apartment in Chicago, and always in the
same building.  You can say we really like not only the city,
but the building as well.  The building is smack in the
middle of downtown.  Our views are of the lake,
city and park.  Sure does not get any better.

This was our view from our last apartment.  We bought
it back in 2015, right before we made the move to Branson,
and became hotel owners.  Brutus did see it for a little.
Sniff lived there also for a couple of months 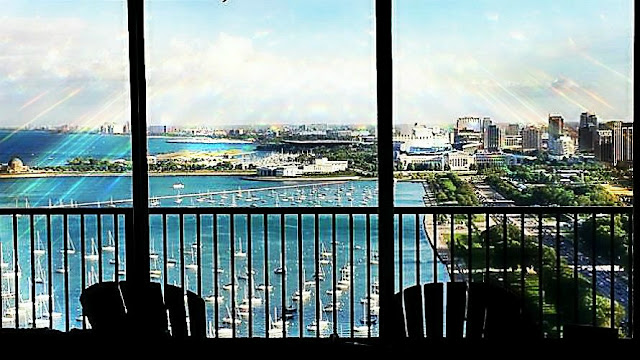 Yes the view was spectacular.  But once our life as hotel
owners started we realized we were not going to be able to use it much.
We had given ourselves a timeline of 5 to 7 years to be in Branson, and
make the hotels flourish.  Luckily for us it took less than 2 years,
by then we had already sold our place in Chicago.

With the hotels sold, the obvious thing to do was move back to
Chicago for the summers.  Of course we visit Norway,
but Chicago is where we want to be most of the summer.
Wintertime it's definitely Fort Lauderdale, Florida. 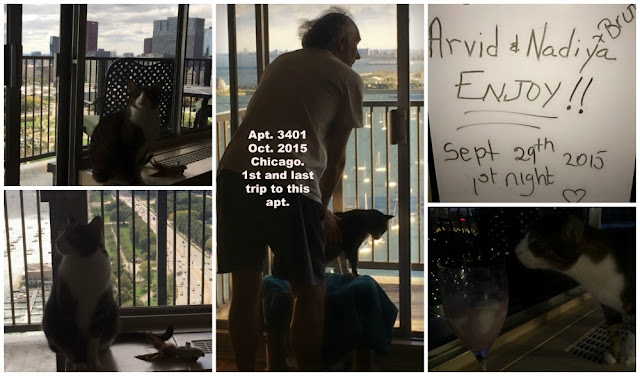 Arvid has become quite good at buying our homes online.
He bought our house in Branson online, so when we bought in
Chicago it was no big deal for him.  You see he has studied every
stack in the building and knew exactly which one we would like.

When he went to Florida a few weeks ago, I guess he had too
much time on his hands, because when he came back he
said to me, "pack your bags we are moving to Chicago." He had already bought us an apartment.  He said to me,
"it's your fault because you did not want to come to Fort Lauderdale
with me.  You know what happens when you leave me alone."

I never know what to expect with Arvid. Life with him is
very unpredictably, but as he said, "never boring."
I guess we are moving back to the city. 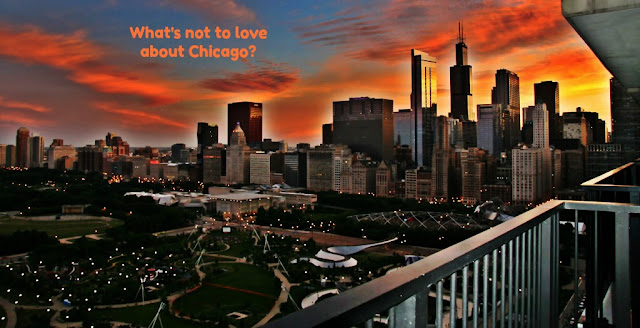 As our families have all said, "life is back to normal for us."
After all that has happened in the last 2 years we are
picking up and starting back where we left off.

Let me tell your something.
I'm from Chicago. I don't break...