I find that it’s the simple things that
remind you of family around the holidays...
The main tree at Plaza Las Americas.  Plaza", as it is known
to many Puerto Ricans, was the first indoor shopping mall
built in Puerto Rico. It is the largest shopping mall in the
Caribbean and the second largest in Latin America.

As of 2018, a new fad among Puerto Ricans
was to jump into this water fountain to get wet and
record it, and post videos of the act on the internet. 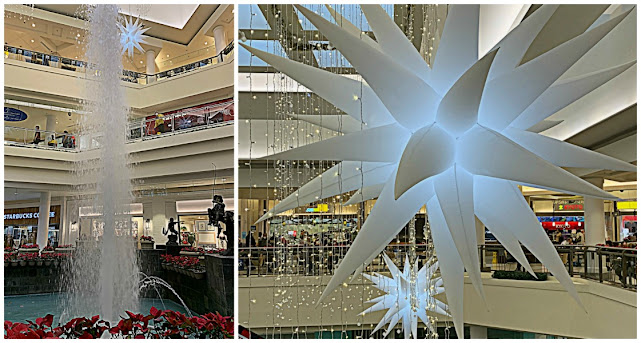 Plaza's Macy's was the first one to open in the Caribbean.
Plaza's Chili's is the highest grossing in the world. It has
the world's largest Romano's Macaroni Grill restaurant.

It houses the first Cheesecake Factory restaurant in
the Caribbean, officially opened on August 28, 2013.
Every two hours there is falling of snow. 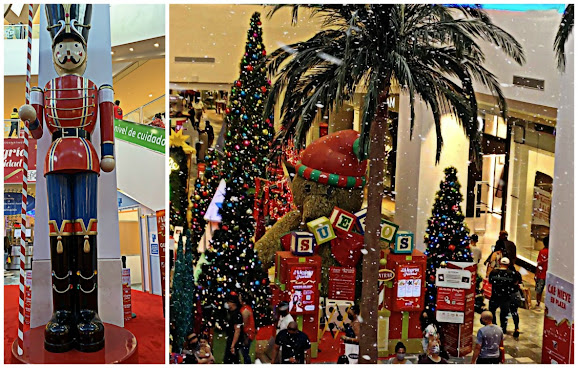 Sports Authority became the sixth largest anchor store,
first opened up in mid-2014, followed by an expansion of parking
spaces. It closed in 2016 after the company declared bankruptcy
and was replaced by a Marshalls in February 2018. 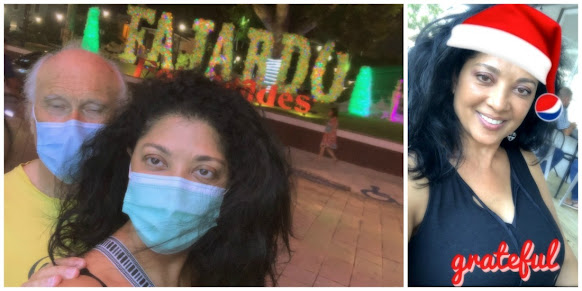 It's the happiest time of the year,  Covid or no Covid. 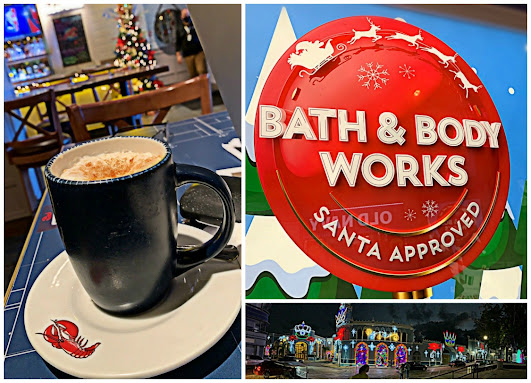 This year pile my gifts under a palm tree... 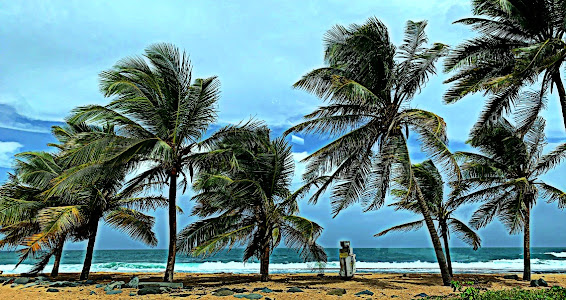 From home to home, and heart to heart, from
one place to another. The warmth and joy of
Christmas, brings us closer to each other...
~Nadiya~
Posted by Nadiya at Sunday, December 20, 2020

Labels: The last time I saw you plays over and over in my mind.
Newer Post Older Post Home