From the outside looking in, it's hard to understand.
From the inside looking out it's hard to explain...
Branson is an Ozark town in southwest Missouri known as a family vacation
destination. Its 76 Country Boulevard is famously lined with theaters, which once
hosted mostly country music performers but today present diverse entertainment.

Also along the strip are the Marvel Cave, the Wild West-style Dolly Parton’s
Dixie Stampede Dinner Attraction and Silver Dollar City, an 1800s-themed
amusement park with live music.  Branson is a seasonal place. 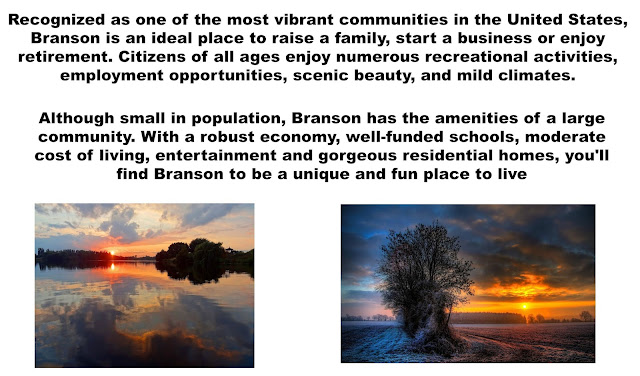 The average age of visitors to Branson is 57. That means that for every

teenager, there is a 100 year-old person. That ratio seems about right.

Currently all attractions are closed.  The months of January and February are SLOW.
In every sense of the word.  Restaurants just open for a few hours in the weekend, many
people are without jobs, so many live on unemployment for these 2 months.
From what I have been told, it is a very rough two months for most
people living here who depend on the tourism industry.

We have also been told that come March the city booms.  Hotels re-open,
restaurants, most attractions are back up and running and the best thing
is that just about everyone can find a job if they so wish.  Everywhere
I go I am already seeing signs saying, "we are hiring."

When we first arrived here people mentioned this to us, but it was not something I
really paid attention to.  After all it was not going to impact us in what we do,
but today after being here now for a few months, after talking to people
and hearing their stories I feel differently.

Very sad to hear.  Now I have a better understanding of what it is like for many to
live in a place where 2 months out of every year they face hunger, and find
it very difficult to make ends meet.  As someone said, "what we take for
granted someone else is praying for."  Life is not easy for so many. 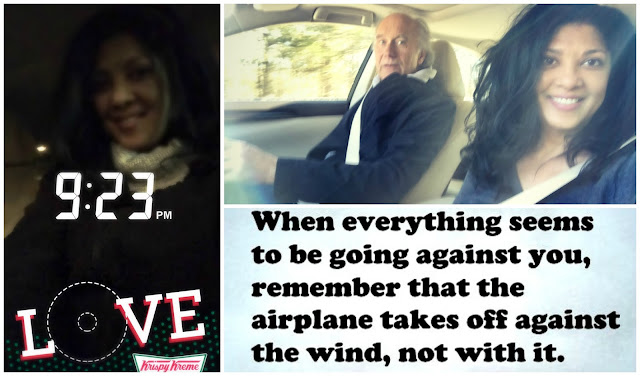 I keep hearing "come March the traffic will be horrendous."  "Come March the
lines in the restaurants will be forever."  At the same time I keep thinking, "come
March most people will have their jobs again, be able to buy food regularly,
to eat, and to not have to worry if they will have a meal tomorrow.

Here Thrift Stores are big business.  I have found myself going to them often.
There is a Thrift Store in every corner.  It's impossible to not pass one on your way to
just about anywhere.  Yes, and I talk to people.  That's how I found out about how
harsh and rough January and February are for them.  I'm happy January is over,
and that February is a short month.  Means soon most will be gainfully
employed again, and will be able to stock up on some of life's basic
necessities.  I don't take much for granted, but now even less.

Whenever I hear about people's suffering my day is not so good.  It bothers me
tremendously that there are people going hungry right here in the city we live in.
Now when I see someone i wonder, do they have food to eat today?

They say difficult roads often lead to beautiful destinations.  I really hope so.

People say you don't know what you've got until it's gone..
truth is, you knew what you had, you just never thought you'd lose it...

Labels: Yo te recuerdo porque nunca te olvide. I miss you a little too much A little to often And a little more every day
Newer Post Older Post Home