There comes a time when the world gets quiet and the only thing left is your own heart.
So you'd better learn the sound of it. Otherwise you'll never understand what it's saying...

Yesterday was not as traumatic as I thought it would be.  I was thinking of the last two times
Brutus has gone through this, and was expecting a really rough day.  Fortunately I was
mistaken.  Brutus was quiet.  Too quiet.  He did not eat.  He did not drink and of
course I was freaking out.  A call to the vets office confirmed what I thought.
The medicines were causing him to have an upset stomach.

The vet recommended that he take a half of a Pepcid every day.
Since Arvid was not home, I made sure Brutus was "safe"
and I took off to the pharmacy for his Pepcid.

Even though he has had it, he is trill not eating.  I give him water with a syringe and just hope
that soon he will start to drink on his own again.  He usually loves water.  We look at
him and we just see a drowsy, sleepy tired kitty.  All he does is sleep.
Soon I will be worried about this as well.

Both Arvid and I are still tired from travelling. Just last night he said to me,
"I'm really getting tired of travelling."  Glad to just be home with Brutus
and to take care of him.  Everyone has been really kind and
very supportive always of him.  Thank you so much.

It's heart breaking for me to see him like this.  Every time we hope that the cause will be
found,  and he will be cured.  I told Arvid that for the next 5 days I'm not leaving
Brutus' side at all. Just want to make sure we are around when he needs us.

I was awake on and off all night long checking on him.  He was not comfortable last night.
We left him on a bed we made for him on the floor, but he kept coming on our bed.
We even put a ladder next to the bed to make it easier for him to get in, but being
a cat he had to do it the hard way.  Jumping.  I think he hurt himself little. 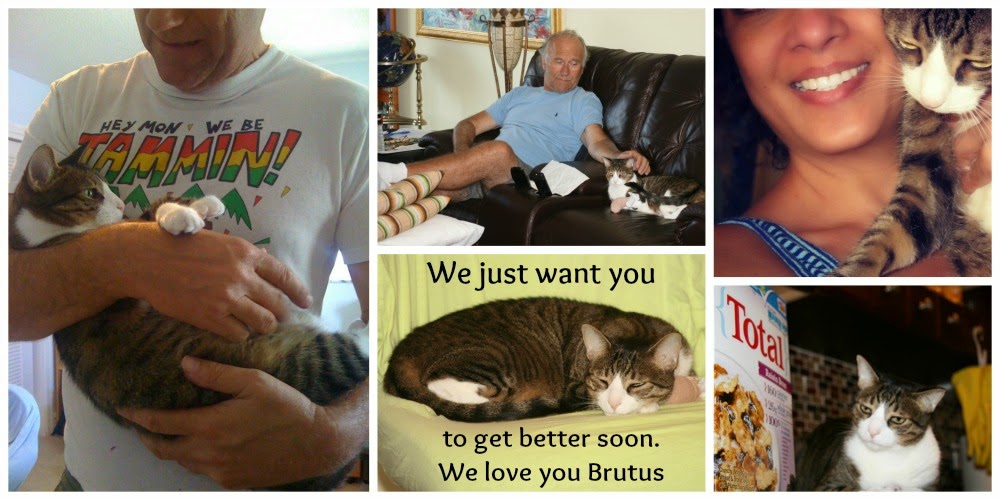 At 5 this morning I woke up took him to the litter and stayed with him until he used it.
I also gave him water via a syringe and since he is not eating his food, I gave him treats.
He ate a few.  He did not get out of bed until after 10 this morning.  Not normal
for Brutus, but understandable.  Now he is just laying on the floor with his collar
on basking in the sun.  Hopefully he will get more alert as the day goes on.

After many days of rain, we finally see the sun.  Beautiful day here. The boats
are all out and about and the waves believe or not have been splashing all day so far.
Soccer is on, and Arvid said to me, "let's hope the phone does not ring."   Says he just wants
to watch the game and not have to talk and watch at the same time.  Very distracting he says.
He was hoping Brutus would lay next to him, but unfortunately Brutus is asleep under the covers.

To all a very good day.  We plan on just relaxing and spending some quiet
time at home, watching soccer, taking care of Brutus and seeing the boats go by. 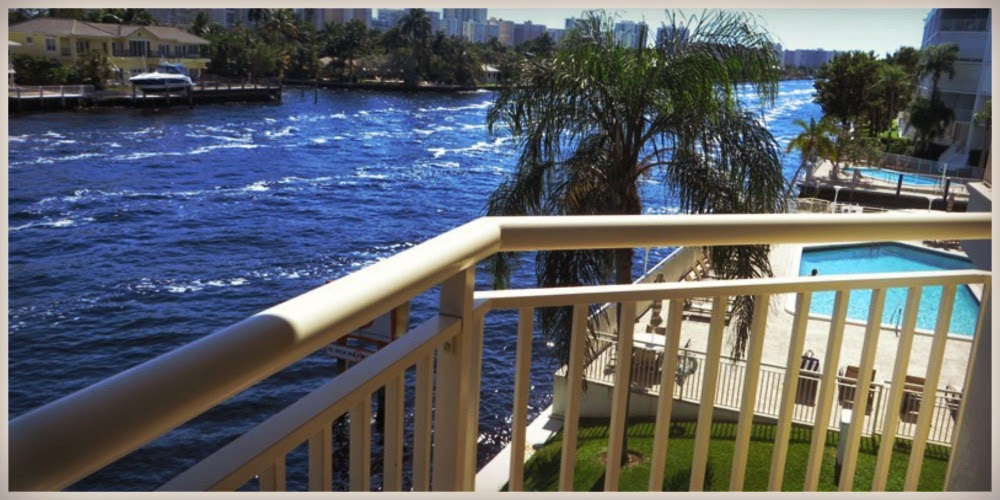 Always remember that the future comes one day at a time...

Labels: Every time we remember to say “thank you”, we experience nothing less than heaven on earth.
Newer Post Older Post Home