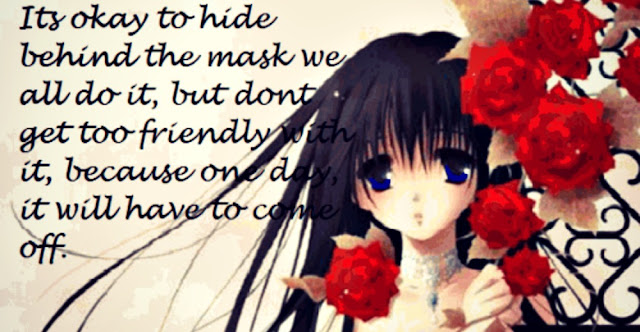 We all know someone like this.  Be it a family member, a friend or an acquaintance.
I think that of all qualities in a person this one really pisses me off the most.  At
least right now that is the way I feel.  Why is it that some pretend to like a
person, but in reality they are seeting with rage,
envy or just hatred towards that person.

I see this so very often that I just wonder if there is something really wrong with these
people.  Why can't a person just be themselves without having to put on an
act for the world to see?  As far as I am concerned, I like you better
when you are you and not when you pretend to be someone you aren't. 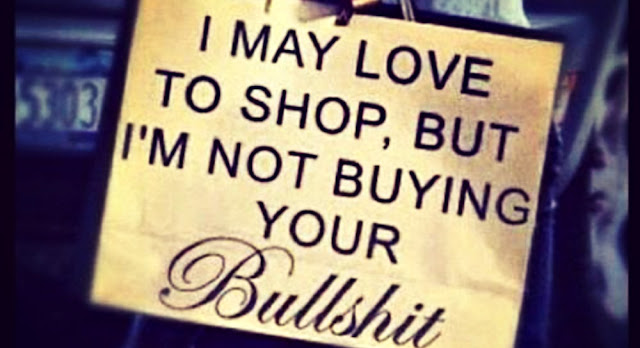 Why is it that some pretend to be this really good person, almost a saint when in reality
you rally hate everyone or are just too dammed envious of everything and of everyone.
Too many people portray this big smile and this happy, loving attitude towards
others when in reality they hate that person.  Why?  If I say I like you then
I do or at least I am trying really hard to like you.  If I say I am happy
about your accomplishments then rest assured I definitely am.

For many the words just slide out of their mouths.  So easy to say this and that,
but never really meaning it.  Arvid is always telling me that I should
try and curb my words.  he says that I don't always have to speak what's
on my mind.  I look at him and I say "why not"? 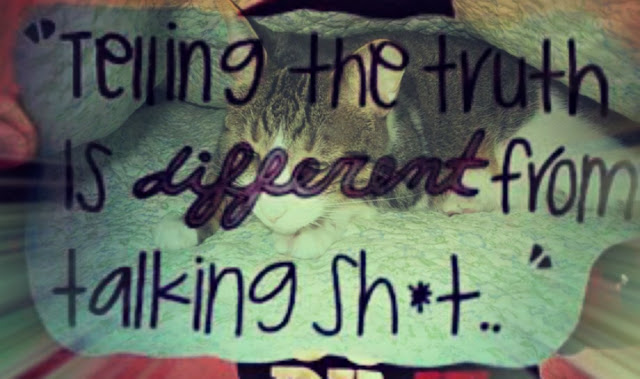 Agreeing with someone even if you may sometimes disagree is
not the same as pretending to like someone when you actually
don't.  I would much rather have a person be honest and open with
me rather than have them pretend to like me.  Fake people!
Horrible and the worst kind!!!

Remember whatever you do, do sincerely otherwise don't do it just because you want
someone to like you, or you want to be in with the popular crowd. Not worth
it and in the end you may be the one who ends up losing...
Also remember that Life is full of fake people,
before you decide to judge them, make sure
you are not one of them.

Good morning everyone.  Good to back home where it is real. Some people think that the truth can be hidden with a little cover-up and decoration.
But as time goes by, what is true is revealed, and what is fake fades away...