It's just A Routine Test...

To fear is one thing.  To let fear grab you by the tail and swing you around is another... 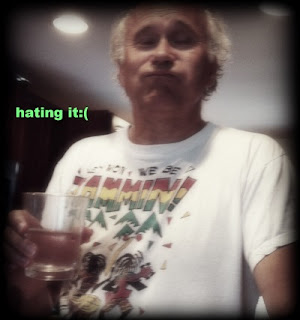 There comes a time when due to age we all have to take certain preventive tests.  Arvid is scheduled for one of these routine tests today, Thursday, but if you heard him you would think he was about to have major surgery.  A very good friend of ours died of cancer, something he could have probably found out he had and taken steps to fight it had he done this test.  By the time our friend did the test, it was too late; the cancer had spread everywhere.  He lived approximately one month from the day he took the test.


This test is called a Colonoscopy.  Preparations leading to test. 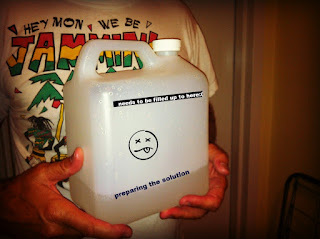 Arvid is not afraid of much, but I think he is a
little iffy about doing this one.  I really had to convince him that it's better to know facts rather than wonder.  His friend dying was what eventually scared/convinced him.  I know it's been on his mind a lot.  This morning he woke up and said to me, "if I should go under, (meaning a coma) you have to promise me to never stop taking to me.  Promise me you will bring Brutus to the hospital.  Just tell me Brutus is lost and I will jump right up."  I know the test is routine, but for a few minutes there my eyes were filled with tears.  Like I said it's just routine. 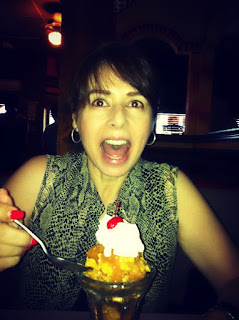 I said to Arvid, "you have to read the instructions" and he says, "yes, you do."  So I read all the instructions and told him what we needed to do.  Basically tomorrow, the day before the test no food is allowed.  Only liquids and specifically something he has to drink prescribed by the doctor and from everyone I know it tastes HORRIBLE!!  Time to prepare it and let it refrigerate until tomorrow.


Arvid as usual refuses to talk about the test and refuses to listen to me when I try to tell him what needs to be done and when.  I guess he is trying to wait until the last moment before admitting he has to take the test.  He's very good at not dealing with something if it does not please him.  As he said to me many a times, "unless it's positive stuff, I don't want to hear about it."  Is this a man thing? 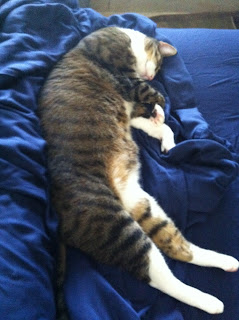 His way of dealing with "negative" stuff is to immerse himself in work.  He made himself busy and I in return had a wonderful day out with my girlfriend.  The things she says no one would believe.


Not sure if Brutus knows what's going on, but for some reason he has not left Arvid's side today.  Every step Arvid takes Brutus is not far behind.  This morning Arvid woke p and said, "I'm so exhausted"  How come I ask, and he says that he did not sleep well all night because Brutus was in his arms the entire night and he was afraid to move in case Brutus should wake up.  Once Brutus wakes up, he moves to Arvid's feet making it even more  impossible for Arvid to move.  Arvid loves it.  Says Brutus keeps him warm at nights:)


Wednesday:
Nothing exciting about drinking some foul tasting solution. This goes on all day until it's done, and then nothing until after the test tomorrow.  To be supportive, I also decided to do liquids all day today.  No solid food and for me; this is a big sacrifice since I am a food lover.  Noon.  Arvid has began to drink the solution and just from looking at him I can tell it tastes BAD!  He even asked me to taste it.  I did...This is going to be a very long day.  At least Brutus is resting and Arvid is planning on watching Soccer quite a bit.  I don't want to think of how hungry I am.  It's 3:30 pm and I am beginning to experience my first hunger attack.  Arvid has been really good so far, very slow in drinking this stuff, but really good.  Have to say as the day wore on the hunger disappeared.


Thursday:
It all happens today. Check in time is 10am.  The routine test is noon.  Check out time is 3pm.  Arvid is very capable in just about everything, but when it comes to something like a taking a simple routine test, that's a different story...


Sure God created man before woman, but then again you always make a rough draft before creating the final masterpiece...

everything will be okay in the end. if it's not okay, it's not the end...
life does not put things in front of you that you are unable to handle....