Beginning Of The Shopping Season...

A bargain is something you can't use at a price you can't resist.....whoever said money can't buy happiness simply didn't know where to go shopping.... 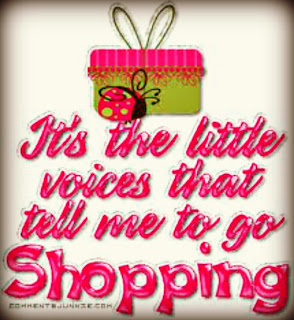 Unbelievably as it seems, it's that time of the year again.  Time sure flies by, and before you know it Christmas will soon be here.  Seems like Thanksgiving was not so long ago and now all the craziness has already begun.. Welcome to the start of SHOPPING SHOPPING AND SHOPPING!

Black Friday is the discount shopping day that follows Thanksgiving
Day in the United States, traditionally the beginning of the Christmas shopping season.  Because Thanksgiving always falls on the fourth Thursday in November in the United States, the day after usually occurs between the 23rd and the 29th of November.  On this day many U.S. retailers open very early, with most of the retailers typically opening at 5AM or even earlier, at midnight.


So far, I have never been one of the early shoppers...my sister on the other hand has tried it and yes the deals are awesome but, so are the lines and the aggravation.  Just about all retailers have huge markdowns on this day.

Electronics and toys are popular Christmas gifts and are often the most sought-after bargains during Black Friday shopping excursions. Retailers often slash prices on the latest electronics and toys by as much as half or even one third of their suggested retail price. 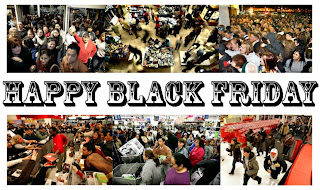 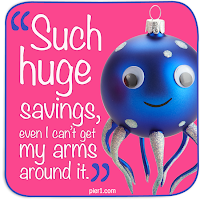 Retailers know consumers will respond to such enormous opportunities to save on Christmas shopping costs. Jewelry is another popular Black Friday item that shoppers look for discounts on, although gigantic discounts on jewelry items are not usually as common as drastically slashed prices on toys and electronics are.

No matter what is being slashed or not the consumers make the line from the night before just to get in early because some of these specials run something weird like from 4am until 8am....too much for me but if you don't mind  the crowd then it is worth going and experiencing at least once:))  On the other hand beware as well..

As of this past Sunday, people have already been lining up at Best Buys in preparation for Black Friday.  Crazy as this seems, this is not unusual.  Soon people will be camping out outside of every major electronic store.  If this is something for you, then I say all the best.  What I do know is that DEFINITELY the early deals are UNBEATABLE! 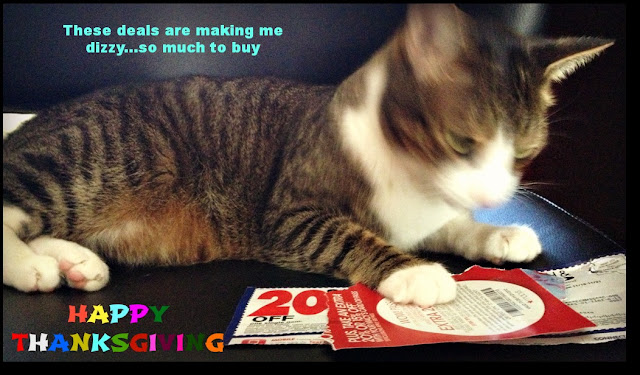 Too many people spend money they haven't earned, to buy things they don't want, to impress people they don't like.....I always say shopping is cheaper than a psychiatrist.....

Labels: Christmas is the season when you buy this year's gifts with next year's money
Newer Post Older Post Home