Lunch with my girlfriend as I have always mentioned is quite an event.  This woman has the vocabulary of a sailor and while we are together I am constantly laughing.   The things she says and the way she says them leaves nothing to the imagination. One of a kind and time spent with her is always something I look forward to.  Just thinking of our time together and I'm smiling again. 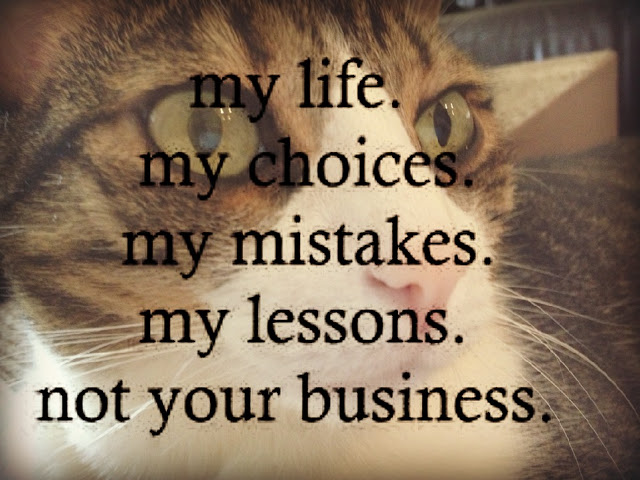 As we were talking I asked about her "boyfriends."  Pretty much just  male friends, nothing more.  At least that's her version :)  One in particular is probably 30 years older than her yet they go out twice a week to dinner and probably could be more if only my friend wanted.

According to "Jane" my girlfriend, the old man is pretty much smitten with her, and this is where the "problem" lies.  This older man has a daughter about the same age as my girlfriend.  The daughter is afraid that her dad is getting too carried away with this younger woman and is doing her very best to cause a rift between them, and here we go again.  Just another story of people sticking their noses into other peoples business.

The good thing it seems is that the older man has a mind of his own and would not allow anyone to interfere in his life.  Sounds very much like Arvid.  I guess that no matter what some people just enjoy getting into every one's business.  This is of course making my girlfriend very mad because she is having the time of her life and so is the older man.

She said to me, "Nadiya what is it with people these days?  I'm not looking to marry the man just enjoy each other's company."  All I said was to enjoy the time you have with him and just don't pay attention to the daughter's objections.  Because no matter what someone is always going to not be happy with one's choices.  If the older man does not object then why should you?  That's what I told her.  The heck with everyone else. 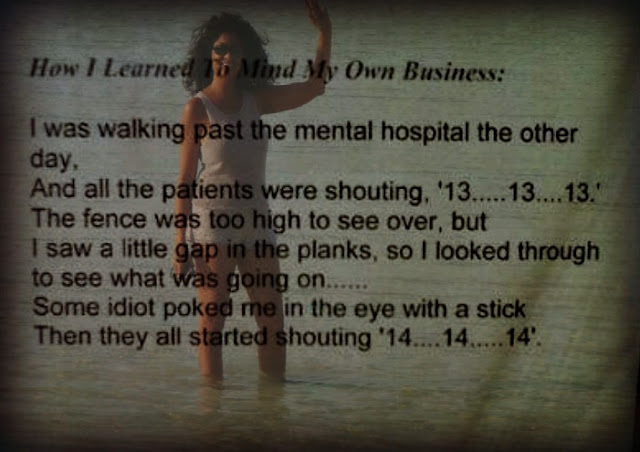 Jane said the there was a time her friend stopped calling her because he was pressured.  Seems like he was receiving harassing phone calls, texts and even emails.  Came to a point he stopped responding to all of it.  Hmm....sounds familiar :)

Anyway after having a few more laughs about "nonsense" as Arvid says it was time for her to leave.  Can't wait for her next visit.

Friday is here and we have plans!  Heading out to The Miami Auto Show.  Hopefully will be seeing many new cars soon to come into the market.  Who knows we may also see my future car there.  Well it's going to be a good day.  Arvid glows around cars and I also enjoy them.
After that lunch in Miami at our favorite spot....MONTY'S!

Wishing you all a good day and remember all, the best way to keep things friendly is to stay out of each others business.  As the saying goes, "It's awfully funny how the ones with the most to say know the least."

The greatest pleasure in life is doing what people say you cannot do. Live your best life!

Labels: didn't I tell you? Must've been none of your damn business then
Newer Post Older Post Home