Sometimes it takes a natural disaster to reveal a social disaster... 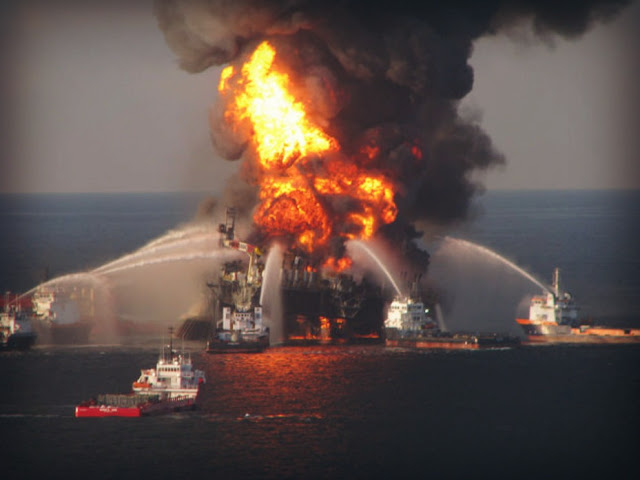 In this April 21, 2010 file image provided by the U.S. Coast Guard, fire boat response crews battle the blazing remnants of the off shore oil rig Deepwater Horizon.
British oil company BP said Thursday Nov. 15, 2012 it is in advanced talks with U.S. agencies about settling criminal and other claims from the Gulf of Mexico well blowout two years ago. In a statement, BP said "no final agreement has yet been reached" and that any such deal would still be subject to court approvals.

The BP president said yesterday that the company would survive. That's like someone running over your dog and saying, 'Don't worry, my car is fine.'"
This scares everybody — the fact that we can’t make this well stop flowing, the fact that we haven’t succeeded so far...