Today will be Brutus' third day with the oxygen treatment.  Can't tell much so soon, but
I want to say that I think it is helping him.  The paw is still bloody but it is looking a little
less swollen.  I don't think he will ever enjoy taking his medicines but who does.
In all of this he is scared but being very brave.

As far as the treatment goes he has been handling it pretty OK.  He just sits in the chamber
without too much of a fuss.  He looks kinda concerned at being locked up, but handling
it like the champ he is.  Yesterday we watched the first 20 minutes then heft him alone with
nurse.  They prefer that so that we don't talk while they are observing him and taking notes.

Arvid and I just waited in the car.  We wanted to be close by in case we were needed.
When we went back in, Brutus still had about 10 more minutes in the chamber so
but we wanted to be there to take him out and comfort him.  The nurse told
us that every so often Brutus would nod off but as soon as he (Brutus) saw him (nurse)
looking he would "wake" up.  Guess Brutus did not want to seem like he was slacking off. 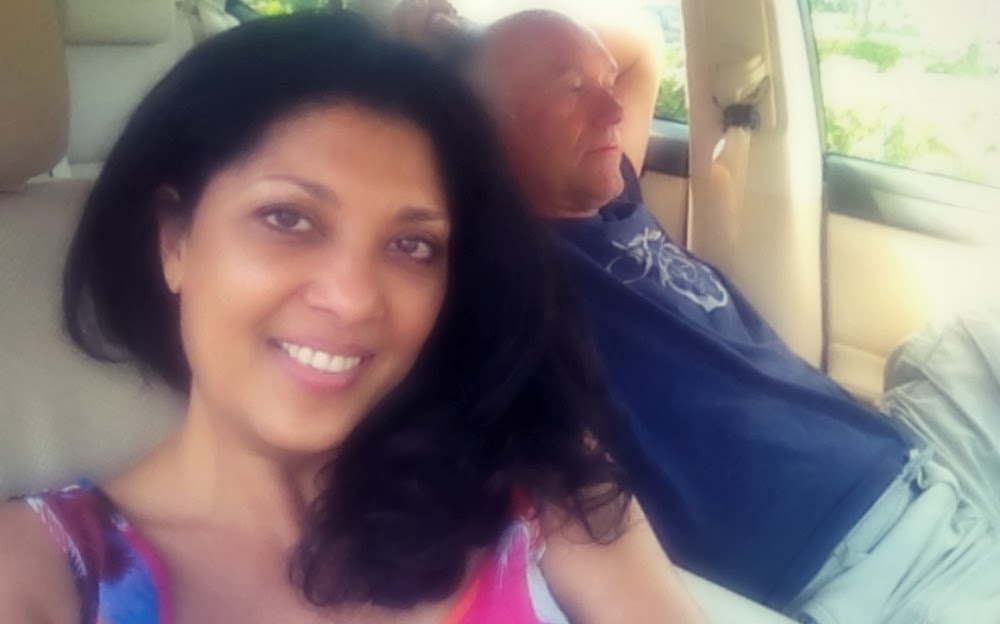 Once home Brutus is very tired, and he has been sleeping most of the time.  Not too
happy about this, but I guess it's normal under the circumstances. 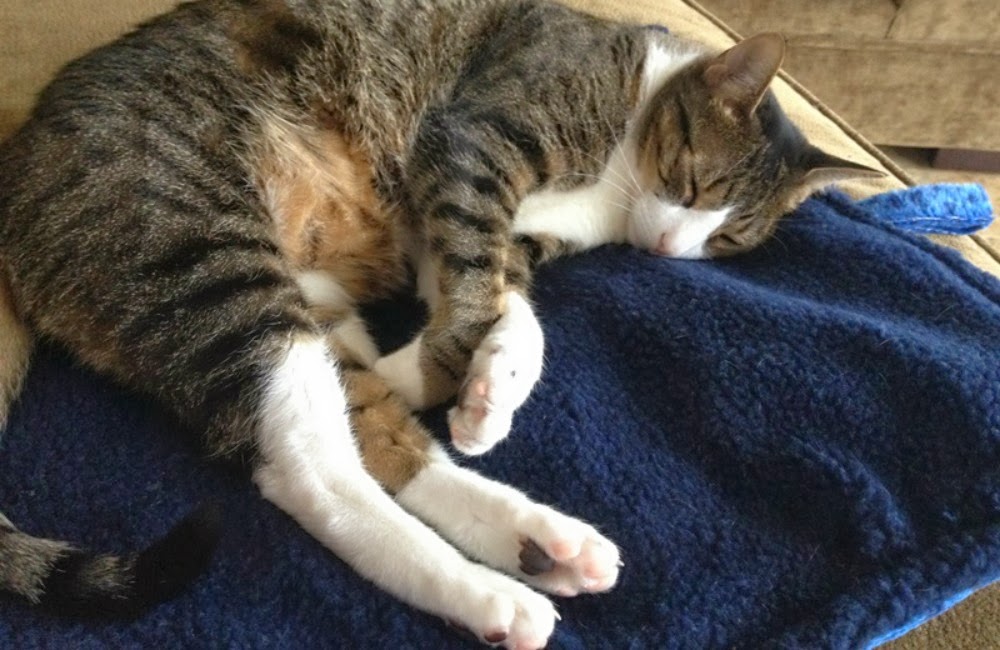 Promises to be a pleasant day.  Third treatment today and already I think it looking
better.  Getting myself also ready for the second surgery which is right around the corner.
All of this waiting is just driving me nuts.  Just wish it were all over with so that Arvid
and I can resume a semblance of "normal" living again.  I'm getting tired of not being able to
drive and move around on my own. Arvid has been extremely patient in this process.

Yesterday we had a treat.  We went to a car show with some friends, and
we also met some others we had not seen in a long time.  Both outings were good.

Today we just got a new washer and dryer today (much needed), installation included.
Within 10 minutes everything was in the apartment and the men were gone.  Arvid says to me,
"I'm now going to not connect everything together."  Me to him, "but I thought they were going to
install  and do everything?"  Arvid, "I sent them away.  The did not look too confident and I
did not like the way their eyes moved around the place."  Well that's Arvid for you... :)

Have a good day everyone.  Remember, create rituals of things
you look forward to doing on a regular basis.

Wishing you a happy Saturday.
Every moment is a new beginning...