The most important thing is to enjoy your life - to be happy - it's all that matters....

We got home and the first thing we noticed was the warmth.  Such a good feeling until we stepped out and we were really hit with the heat 100F.  Boy what a difference from Norway.  Does not matter we were happy.  We were home and was on our way in the taxi to see Brutus.
As soon as we opened the door out runs Brutus all excited and happy to see us.  It was as if he was just standing waiting for us. Both Arvid and I just dropped everything and followed him onto the rug.  We laid down next to him and boy was he purring.  He wanted to be brushed immediately and we both proceeded to do just that.  You would think that we were gone for years the way both Arvid and I acted. 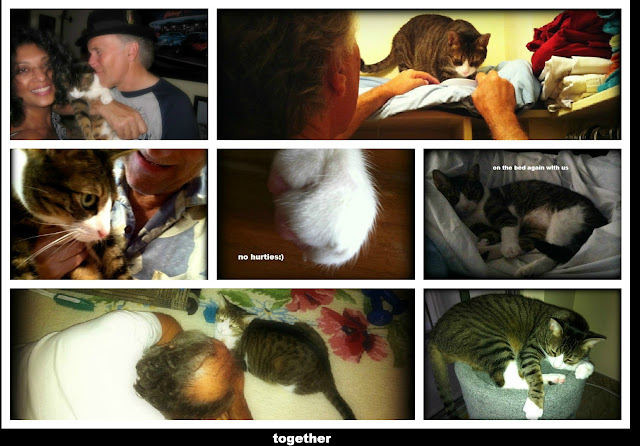 We were just so happy to see Brutus.  We checked him out made sure all was good with him and concluded that he was looking great and healthy.  We played with him for quite a bit and of course he hurt his paw.  Brutus has always had paw issues, but for once we just played and played with him. 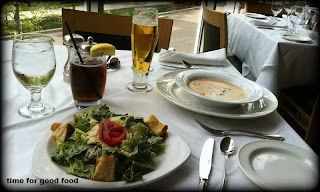 Then it was time to go and get some food for breakfast.  We both decided to go and told Brutus we would be back in 20 minutes or less.  As we left we heard his cries all the way down the hall.  We looked at each other and Arvid said, "one of us has to stay with him.  We can't make him cry."  I stayed and Arvid went shopping for 4 items.
In the meantime, I continued to play and hug and kiss Brutus.  We were happy.  As I went to shower he started crying again because he did not see me.  Luckily Arvid came home.  At 10 pm we were very tired.  Brutus was just laying by Arvid's feet, making sure his paws were always in contact with Arvid.  Time for bed and Brutus was the first one up.  He ran to his little condo where he and Arvid have a nightly routine.  Arvid sang to him, gave him snacks and put him to bed. 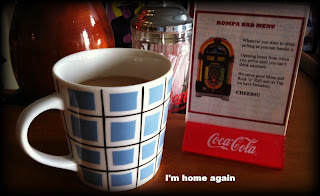 Just like always Brutus came to our bed in the middle of the night curled up on Arvid's side.  They both love that.  By 6am Brutus wants us to get up and starts walking all over us meowing non stop.  Of course this is too early.  We talk him into laying down some more, and he did, but not for long.  Finally we give in woke up earlier than we would and played with him some more.
This has been a great day so far.  I unpacked both suitcases.  Put everything away.  We did all our laundry.  Changed the sheets, did some grocery shopping and I just finished making lunch.  Brutus napped as usual and now we are all happy again making plans for the weekend.  Arvid is too funny he says to me, "we have to live again.  We have to go out and do something." 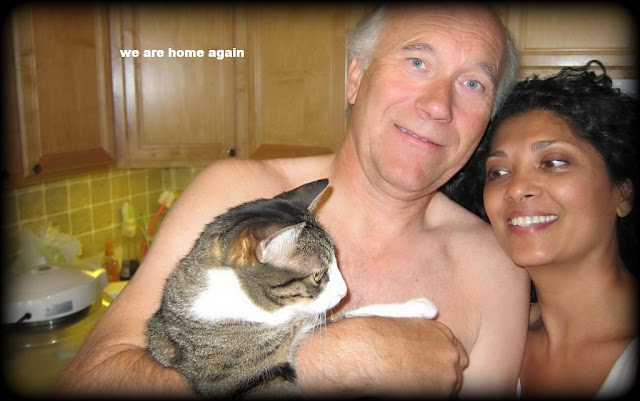 Well tomorrow is already planned.  I am happy to be home already spoke to my mom and sisters.  So good. I have missed them so much.  Soon visiting my mom and my sister and family.  We stay at my mom's she has this bedroom and says it mine and Arvid's.  So looking forward to seeing them and telling about my summer in Norway.
Hope your day is also a good one.

A well-spent day brings happy sleep.  Very little is needed to make a happy life; it is all within yourself, in your way of thinking...
~Nadiya~
Posted by Nadiya at Thursday, July 26, 2012