He that is of the opinion money will do everything may well be suspected of doing everything for money... 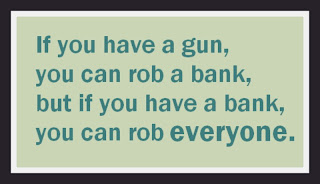 What's worst having money or not having money? They say that "Money frees you from doing things you dislike. Since I dislike doing nearly everything, money is handy."


It seems that money makes enemies out of everyone and brings out the dark side of all involved.   Growing up we were far from what you would call wealthy.  My parents worked hard (just like most do today to keep us afloat and though we did not want for anything, we never had much in excess.  We had what we needed and that was it. 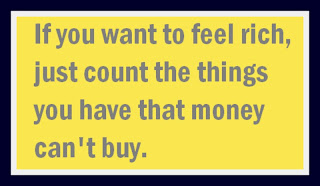 Today it seems that many have much more privileged lives that what I was used to when I was their age.  It also appears that because of this many young people take too much for granted and have lost some of the values many parents have instilled in their children about the benefits of hard work and responsibility.
Lately a recurring topic on the news is about children taking advantage of their rich parents.  Just for an example, last night we saw a report on how an elder parent was suing her child because she claims he has robbed her of her life's savings.  This may seem like an isolated case, but more and more I see it and read about it. 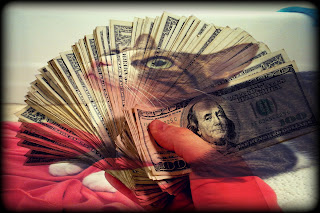 What is it about money that brings about this dramatic change in a person that they would go so far as to steal from their own parents?  These are parents who have worked their entire lives to just take care of their children.  I see this and immediately I see red!  It's like as if I were to "steal" from my own parents.  When our parents are older their job is not to provide for their kids anymore at least not financially.  That's how I see it. 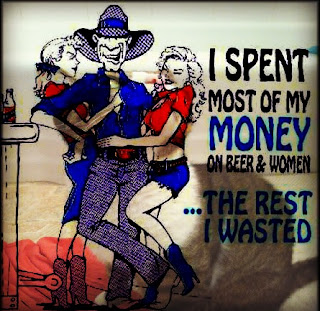 My parents, have given to us everything we need to make it on our own.  A good education, values, they have thought us to respect others and ourselves and with this we are more than capable to go out in the world and make our own future, which thankfully we have done.  Nothing like hard work to get you what you want and where you want.  That I learnt from my parents.  My dad always says if at first you don't succeed then you try again.  No one said the road to success was easy, but no one said either that it is impossible.
Today the first thing I read on the news is another parent who says that her children are not fit to receive money from her.  According to the article, if you ask the rich about the biggest problem created from their wealth, they will usually say their kids. Most of today’s self-made rich didn’t grow up with money.  Surveys show 75% of millionaires didn’t inherit their wealth,  and today’s rich parents expect their kids to grow up with middle-class values– just as they did 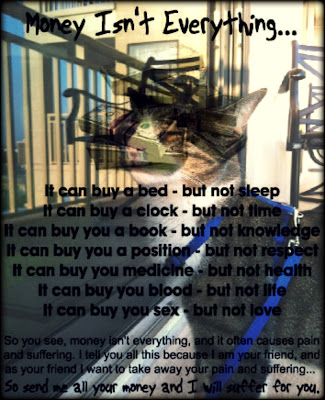 The article goes on to say that Gina Rinehart, an Australian mining billionaire, who inherited a mining empire from her dad, shut her kids out of their ownership stakes, because she believes that they are not fit to handle money.  The kids are fighting back. Her three kids were left with a stake in the family trust.
She goes on to say that none of the kids can handle a job unless it was provided by the family.  This is just another example of how money divides parents and their children.  I am not saying it happens a lot.  I am saying that I am seeing this  lot in the news all around the world.


As I said in the previous blog..Is it worth it?
Something else to think about...

Money, if it does not bring you happiness, will at least help you be miserable in comfort...The art is not in making money, but in keeping it...
until next time
~Nadiya~
Posted by Nadiya at Saturday, August 25, 2012