The more interesting life becomes, in other words, the more boredom we are doomed to experience....
When I get a bit bored or restless, I usually go to the mall, spend the day and just treat myself to a little something and get this whole boredom out of my system,...usually.
Now when Arvid gets "bored" or more like restless his wants are a little different from mine.  Arvid has a Pick Up truck which he really likes, but every so often he says he wants something faster, sleeker and sportier.  Well the last two weeks he has been in this frame of mind.
Let me tell you he dedicates a lot of time surfing for this car, boat or whatever that will fill his needs.  Did I happen to mention that the only way he would get the car/item was if he were able to trade for it.  Oh yes, Arvid is a big time trader and once he has decided to do a trade nothing gets in his way.

The only one that suffers is me, Brutus and of course Arvid.   By suffering I mean there is this tenseness in the air.  Brutus senses it and hides.  I sense and of course with all my questions I make it only worse and more tense, but what can I say I always have to know what's going on.  Arvid "suffers" because he is too impatient.  When he wants something he wants it right now (hmmm..., sounds like me). 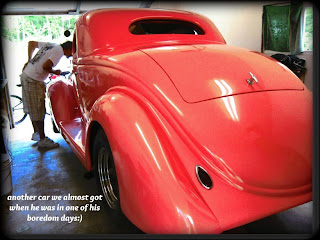 This need sometimes can go on for weeks, or sometimes he just will get caught up in something else and will forget all about wanting a car, boat etc....  The last time we got a boat he was all smiles.  A month after that we were all ready to change it for something else and he did.  Arvid actually traded that boat for a condo.  Later I think we traded or maybe sold the condo for something else.  For him the thrill lies more in doing the trade rather than owning the actual object.
He is happiest when a deal is completed...I am happy because usually this restlessness of his is not a frequent thing.  The last few times he had this need we were the owners of an SL500, another time we owned a 1934 Ford.  He never saw the Ford, but still bought it.  The car was too small for him.  I am sure he will never learn, but he is always happy even when the deal does not work out because then he has something else to look forward to...the perpetual Optimist.  Life for sure is never boring.... 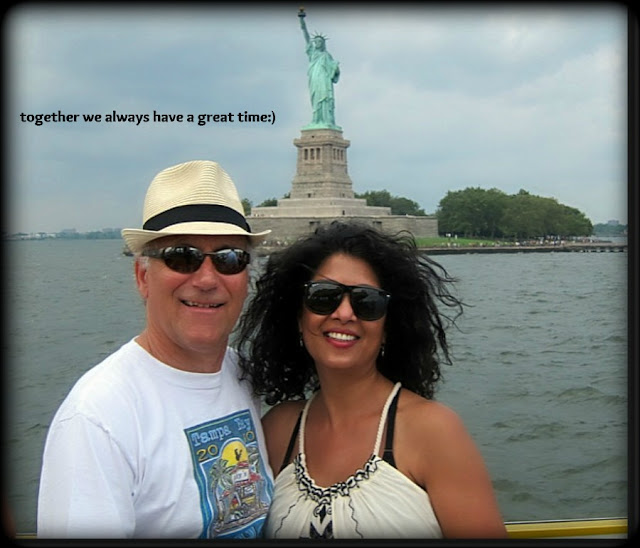 I can't change the direction of the wind, but I can adjust my sails to always reach my destination...
~Nadiya~
Posted by Nadiya at Tuesday, September 04, 2012

Labels: Know that you do not need anyone's permission to be your true self.
Newer Post Older Post Home