What Do You Think About This Pricey Manicure.....?

Any girl can be glamorous. All you have to do is stand still and look stupid... 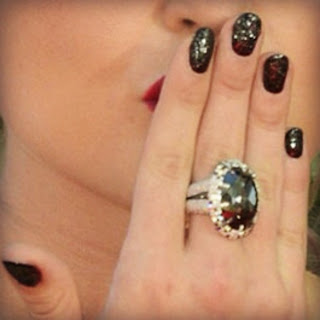 All right!  Just when you think you have heard or have read everything something like this comes across and you realize there is so much more craziness out there.  Calling it craziness to me is nicely put. Here is what I read online:

Kelly Osbourne is typically the one dishing out the fashion critiques on the Emmy red carpet. But this year, she was the target of some fashion policing over a $250,000 manicure that some considered wasteful and tacky. Now she's taking the opportunity to defend herself.

"I see that my nail polish has offended some of you, however I see your point, but it was a once in a lifetime experience. #MyApologizes," she tweeted. "And please forgive me for not regretting it. It made me feel like a queen." 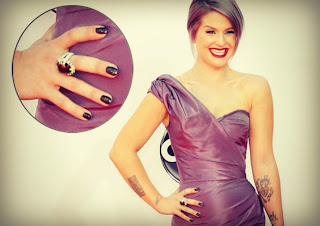 Osbourne was the person who brought attention to the manicure, posting an Instagram photo and writing, "About to get a $250k manicure w nail polish made w blk diamonds" before she reported for E! on the Emmy red carpet. "I have a big mouth & i know it! I just don't like knowing that I have unintentionally offended anyone! If its intentional I don't give a S***," she wrote.
Not everyone accepted her defense. "A $250knail polish isn't classified as an 'experience,'" responded one fan. "It cld hve fed a 3rd world country."
Other comments complained that she spent more her nails than they'd need to pay off their homes. "In my world, that is the price of a small house." 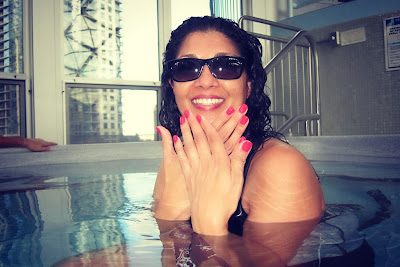 "Given the state of the economy and the fact that there are families that can't even afford to feed their children, it was excessive, wasteful, and very poor timing," wrote another, while some took issue with the fact that it didn't live up to the price tag. "What's wrong with plain old glitter nail polish? It looks the same, anyway."

I think it is money spent carelessly.  Like some others I also believe that that kind of money could have fed a lot of hungry people, provided shelter for many and so much more.  It's not for any of us to judge how others spend their money, but still we have our opinions.  I just had a manicure and pedicure.  I think it looks good.  Probably last as long as the one for $250,000.....
I read this to Arvid and the only comment he had was, "stupid."
We are all born ignorant, but one must work hard to remain stupid...

Labels: A word to the wise ain't necessary, it's the stupid ones that need the advice.
Newer Post Older Post Home