When you feel like giving up, hold on tighter and push through it.
It will always get better. I promise...
Life isn't fair, but life isn't fair for everyone. That makes life fair...


Our Brutus has had a second surgery on the same paw.  Yesterday he and I woke up very early.  It was heartbreaking to see him wanting to do his regular routines and to have to ignore him.  At least I was able to brush him. 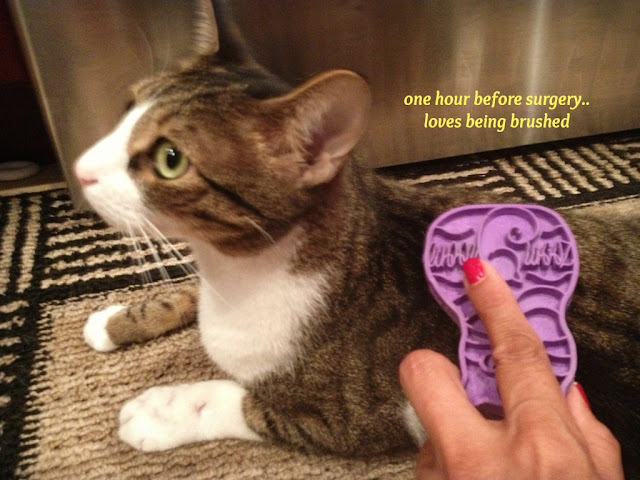 As of 10pm the night before surgery all food and water was no longer available to him.  Not a big deal, but Brutus eats and drinks at any given time because we always leave his food out.  So for him it was a big deal.

On the day of surgery he was up and ready for us to get out of bed even earlier than usual.  He was hungry and thirsty.  I tried to stay put for as long as possible just so that I will not have to see his sad face when he realizes I was not going to give him food nor water.

He carried me to the usual spots.  To where his food should be.  He stood there.  Looked at me and gave a few cries.  Of course it broke my heart.  I was tempted to give him a few food pellets.  His idea of eating is about 10 pellets every so often.

When he realized no food was coming, he took me into the shower where we normally give him additional water as well.  He sat on his usual spot and just waited and waited giving me another sad, heartbreaking look.  You know by now I was completely sad as well for him, but I did not give him any food nor water.  It's for his own good.

We took him to the doctor for 8am surgery.  Brutus was quiet all the way, but when we left he cried.  That was my undoing.  After that it was back home to clean and clean for his homecoming.

Doctors office called at 1pm.  Said Brutus was awake and OK.  We were relieved.  Now just two more hours and he would be home.  Picked him up at 3.  The news was not good.  Seems like the bacteria Brutus has is pretty strong.  The antibiotics he has been using are not attacking it.  This infection could be a recurring thing

A new culture was sent out.  Will have to wait and see.  In the meantime, Brutus will be receiving laser treatments to help him heal faster and to help fight the infection.  Our poor baby..it breaks our heart more than you know. 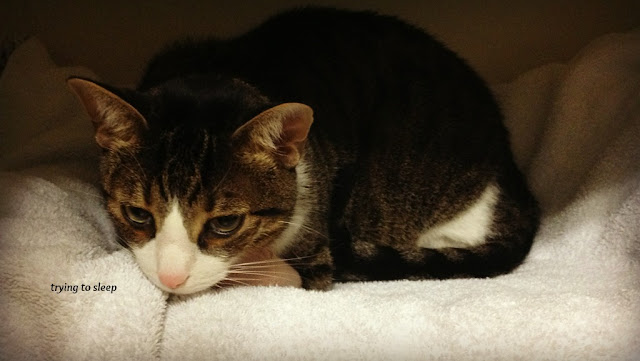 Because of this both Arvid and I have agreed that this will be our last year in Chicago.  In Chicago it is not that easy to get to a vet daily.  We have no car there and taking a cab is not what we want to put Brutus through.  Hopefully we will be able to spend the entire summer as usual in Chicago, but if Brutus gets sick all bets are off.  He's first.

Now we wait and we hope that this time it will be better.


It is funny about life: if you refuse to accept anything but the very best you will very often get it...

Labels: Be faithful in small things because it is in them that your strength lies.
Newer Post Older Post Home