Hay veces que en la vida perdemos la esperanzaa
veces es, reír,también llorarvivir es una carta por jugar
naufraga nuestra barca y nuestro amor.  Vivir a veces
es reir, tambien llorar, vivir es una carta por jugar...
The kitties that remain still trust me.  Even after
I spent hours and hours trying to trap them so that they can
be adopted.  MacGyver was the most difficult one to trap.
I have tons of scars to prove it.  MacGyver, Marbles
and Spitfire were at one time adopted, but returned. 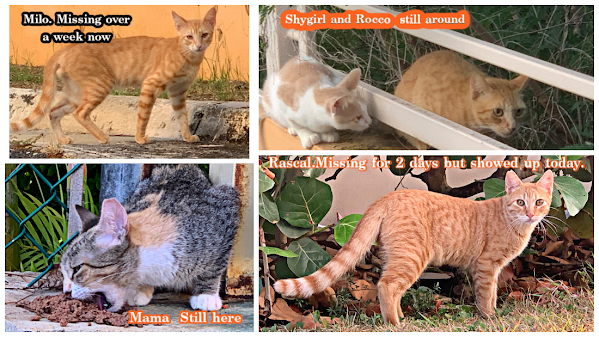 MacGyver still comes to me all the time as does
Marbles and Spitfire.  They hold no grudges towards me
and they trust me.  I love them all.  Slowly the cats are
"disappearing".  I never know which kitty would
no longer greet me in the mornings. 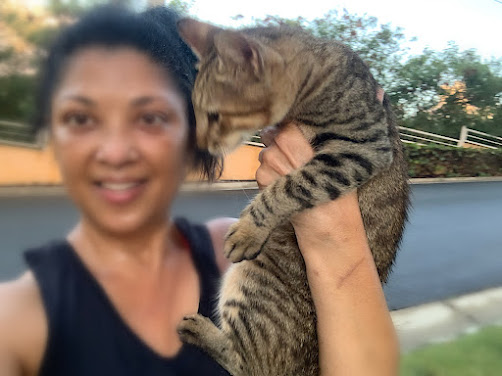 I have a very bad feeling that something has happened
to Milo also.  He has not been seen for over a week,  and
recently Milo has never been missing out on foodies in
the mornings.  Everyday I am a little more broken 😿. 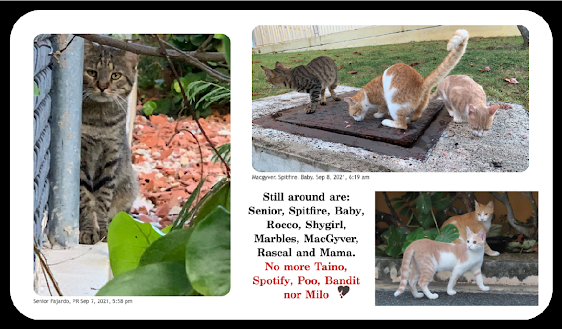 It's the start of the weekend. Hot! Hot! Hot weather in our prognosis.
Would really love a little touch of cooler temperatures for a change. 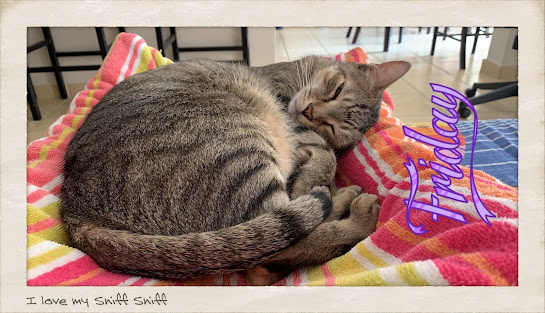 Sniff is cool as a cucumber.  Not a worry in the world 💙