A quiet man is a thinking man.
A quiet woman is usually mad...

FINE
This is the word women use to end an argument when they feel they are right and you need
to shut up. Never use "fine" to describe how a woman looks - this will cause you to
have one of those arguments. 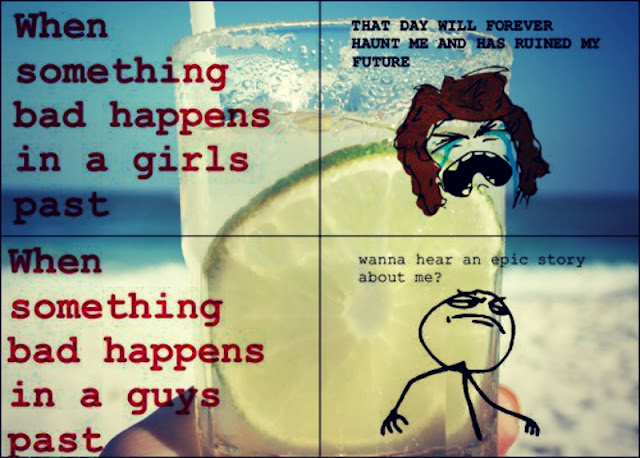 FIVE MINUTES
This is half an hour. It is equivalent to the five minutes that your football game is going
to last before you take out the trash, so it's an even trade. 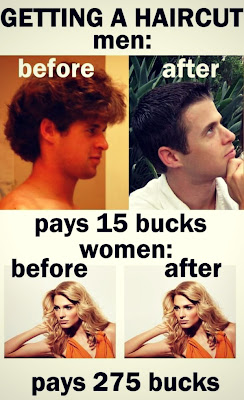 This means "something," and you should be on your toes. "Nothing" is usually used to describe the feeling a woman has of wanting to turn you inside out, upside down, and backwards. "Nothing" usually signifies an argument that will last "Five Minutes" and end with "Fine"

GO AHEAD (With Raised Eyebrows)
This is a dare. One that will result in a woman getting upset over "Nothing" and will end with the word "Fine"

GO AHEAD (Normal Eyebrows)
This means "I give up" or "do what you want because I don't care" You will get a "Raised Eyebrow Go Ahead" in just a few minutes, followed by "Nothing" and "Fine" and she will talk to you in about "Five Minutes" when she cools off.

LOUD SIGH
This is not actually a word, but is a non-verbal statement often misunderstood by men. A "Loud Sigh" means she thinks you are an idiot at that moment, and wonders why she is wasting her time standing here and arguing with you over "Nothing" 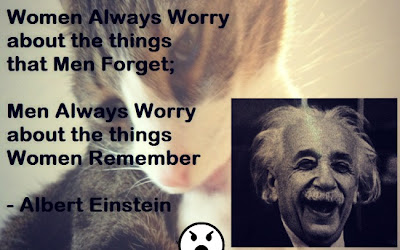 SOFT SIGH
Again, not a word, but a non-verbal statement. "Soft Sighs" mean that she is content. Your best bet is to not move or breathe, and she will stay content.

THAT'S OKAY
This is one of the most dangerous statements that a woman can make to a man. "That's Okay" means that she wants to think long and hard before paying you back for whatever it is that you have done. "That's Okay" is often used with the word "Fine" and in conjunction with a "Raised Eyebrow."

GO AHEAD!
At some point in the near future, you are going to be in some mighty big trouble.

PLEASE DO
This is not a statement, it is an offer. A woman is giving you the chance to come up with whatever excuse or reason you have for doing whatever it is that you have done. You have a fair chance with the truth, so be careful and you shouldn't get a "That's Okay"

THANKS
A woman is thanking you. Do not faint. Just say you're welcome. 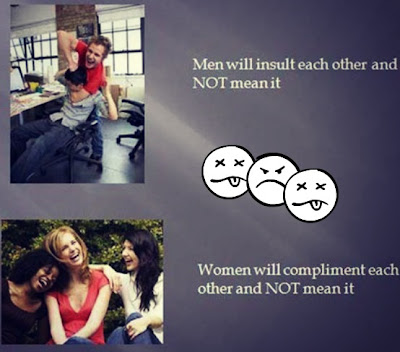 THANKS A LOT
This is much different from "Thanks." A woman will say, "Thanks A Lot" when she is really
ticked off at you. It signifies that you have offended her in some callous way, and will
be followed by the "Loud Sigh." Be careful not to ask what is wrong after the "Loud Sigh,"
as she will only tell you "Nothing"

I have not yet met a man who says they understand women and vice versa.
Makes for a very interesting world though sometimes more complicated
than necessary.  As someone said, women speak because they wish to speak,
whereas a man speaks only when driven to speech by something outside himself-like,
for instance, he can't find any clean socks.  Just described Arvid!

Remember women are meant to be loved, not understood.
Men don't care what's on TV, they only care what ELSE is on TV.
Seems like Arvid all over again :)
Enjoy your day all and don't feel shy to "test" this
knowledge out.  Hahaha....


Men say women should come with instructions.. what's the point of that?
Have you ever seen a man actually read the instructions...?

Labels: There are more men than women in mental hospitals...which just goes to show who's driving whom crazy.
Newer Post Older Post Home