Be who you are and say what you feel, because those who mind don't matter
and those who matter don't mind...


Before leaving for Mexico I noticed that Arvid was wearing a watch.  This is
not unusual for most people, but being Arvid I found it very strange so I asked
him how come he was even taking a watch.  Usually when he has a watch I
end up keeping it in my handbag.  Like Arvid, I do not use much jewelery or even
a watch anymore.  Too hot where we live and I do not like the tan lines they leave.

Back to why he was even taking a watch.  This is what Arvid said to me,
"this watch is to protect you against bad people."  Of course I look at him and
not having a clue as to where this was going or what he was saying I had to ask.

Answer, "should we get mugged or attacked, I can just give them the watch."
I looked at him again and first thing I said was,"but it's safe where we go, and
who the heck is going to attack us."  His answer, "you always have to plan
for the worse."  And with that he packed his watch in his backpack for use
in Mexico.  Once in Mexico he wore the watch in the evenings.  I asked why
not during the daytime as well?  Answer, "nothing will happen during the day."

For two evenings he was good with the watch.  Wore it with out complaining,
but always halfway through the evenings it ends up in my handbag because,
"I really think the watch is too heavy and it aches my entire arm."

So much for protection.  Guess if we get attacked I just have to pull the watch
out of my handbag and show it to the supposed mugger and hope it will
save our lives as Arvid seems to believe.

In the meantime, we are enjoying my sister and nephew's visit.
Though it rained quite a bit yesterday, Arvid still managed to watch the soccer
game with JC while my sister and I enjoyed Pina Coladas and Margaritas on the
beach... in the middle of the rain.  It was just a lot of fun. 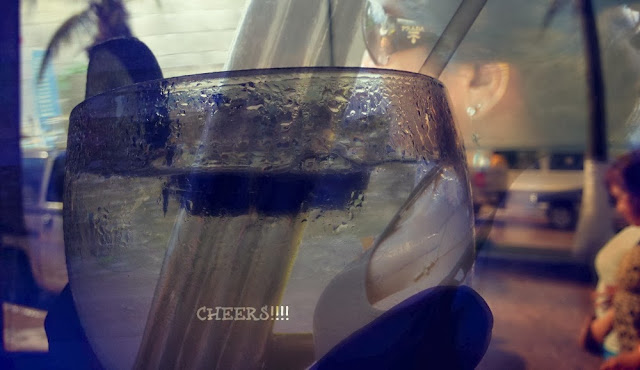 Being one of a kind makes you that much more special,
being a copy of the next person make you even easier to replace..