When it comes to life the critical
thing is whether you take things for
granted or take them with gratitude...
Hail, rain, snow.  That’s what we have right now.
Now I’m a little tired of this winter.  According to
everyone, one of the worst winters in years. 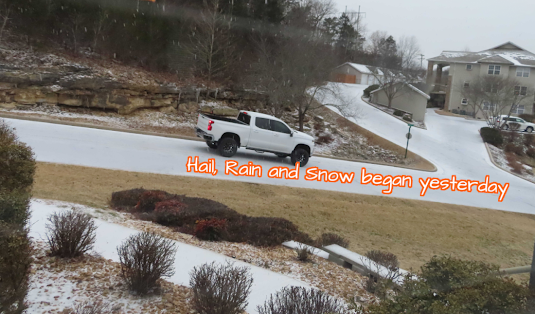 So far, there has been a lot of freezing days accompanied
by lots of snow, and it seems it’s far from over 🥶.  My birds
still seem to be coming around, but probably the winter
condition (snow, rain, ice) will freeze their food 🤐
and they probably won’t be around for a little. 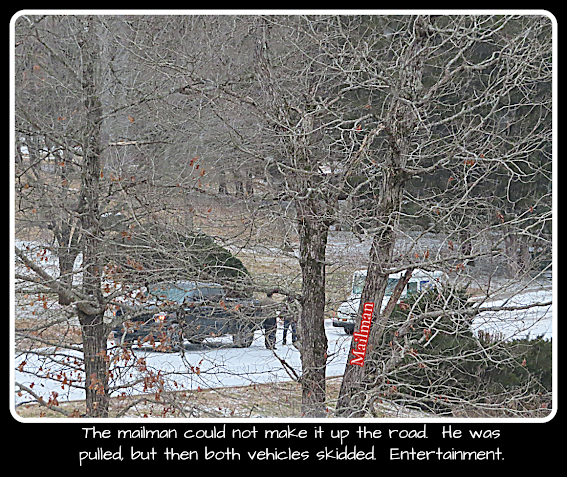 Sniff’s running around Arvid.  Must have
missed him also very much 😊  We both did. 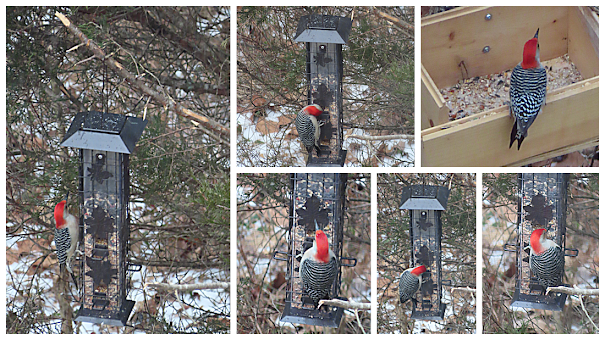 Arvid brought back quite a few momentos from
Norway, one of those was a collage of Brutus
we gave to his mom many years ago.  Said it
was one of the first things he packed away. 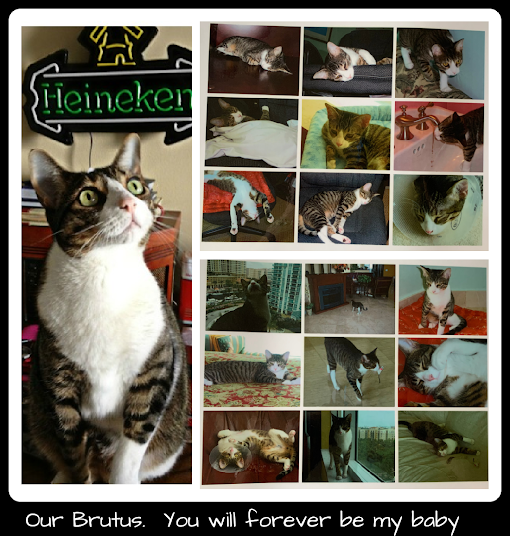 Arvid also brought me back some jewelry belonging
to his mother.  I was very touched.  It’s a pretty set,
and I will definitely be using it.  It warmed my heart. 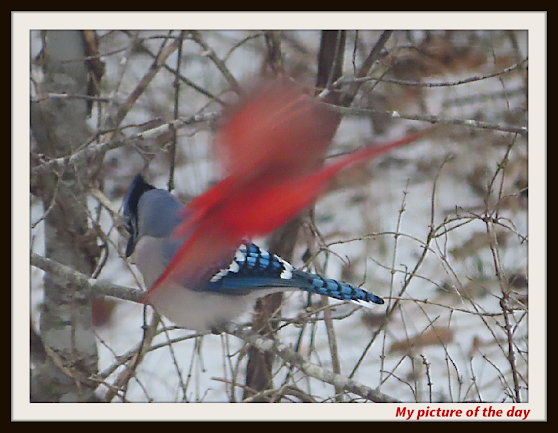 Whenever Arvid comes back from Norway you
would think he’s coming back from some 🌍 obscure
part of the world judging by the way he carries on
He comes back and right away starts looking into
all sorts of venues with things for us to do.  One would
seriously 🙈begin to think that suddenly he is once
again alive after being “not alive” for a long time 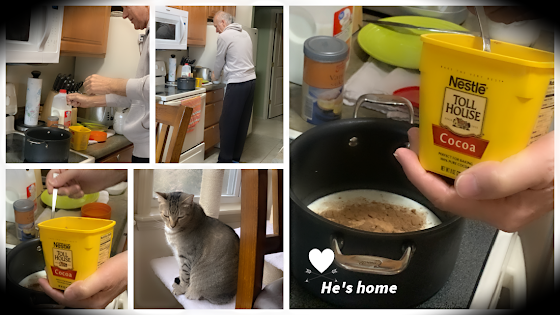 Seeing him in high gear makes me smile, and in
a way I’m grateful to Norway for waking him up to
life as usual 😊. He is on a high kick of all the things
we have to do.  Not complaining at all.  Loving it.
It’s good to have him back home with us. It’s where
he belongs, and he has not stopped saying it and
smiling at how happy he is to be home 😍.
To all a very good day.  Hopefully spring is
soon here.  Winter has gone on long enough. 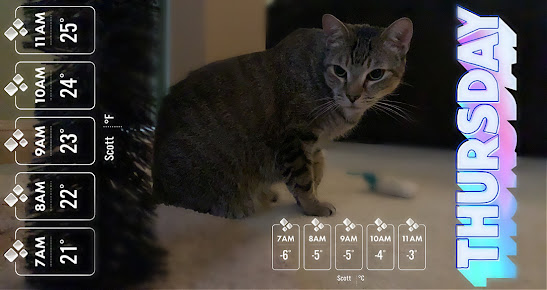 Dark and grey day here, but still much better
than what's going on in the rest of the world.  Let's
just hope we are not looking at World War III.
Do not spoil what you have by desiring
what you have not; remember that what
you now have was once among the
things you only hoped for...
~Nadiya~
Posted by Nadiya at Thursday, February 24, 2022