Memories are special moments that tell our story...

In 1986 I was already living in New York.  What a city.  For me
it was immense, coming from a small island like Puerto Rico.
I did go to New York to begin medical school, but for someone
who has never left home before, there was so much to take in. 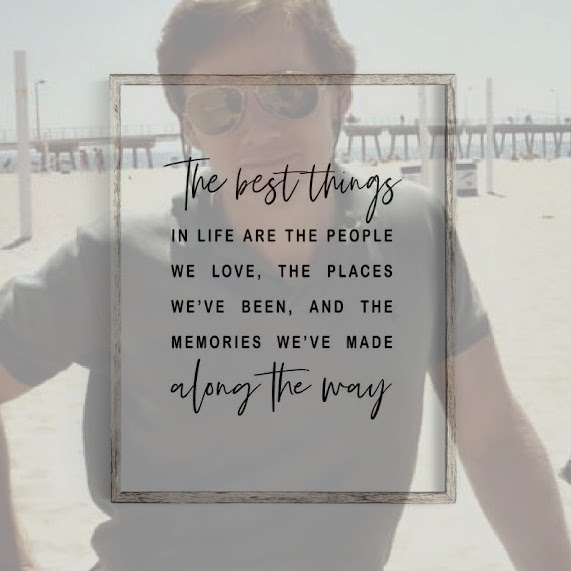 I decided to wait on starting medical school.  Instead I found
a job in a law library in NYC.  I was hired not because I knew what
the job entailed nor did I have the skills, but because I told the lawyer
doing the interview that I am a fast  learner. From that point on life sure
became exciting.  A part of me I did not know "existed" emerged.
I worked at the  United States District Court for the
Southern District of New York.  What a city and
suddenly a whole new phase in my life began. 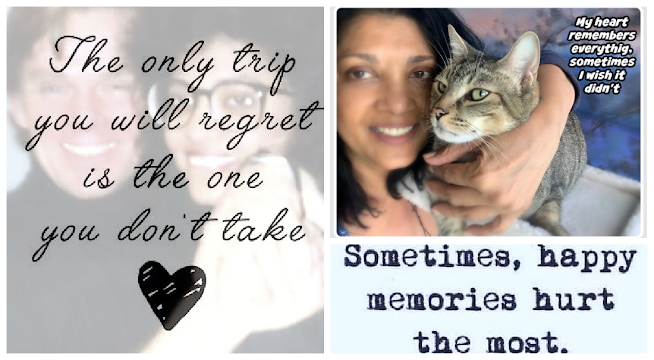 At the time a mafia trial was going on  in the court house.
I knew nothing about the mafia, except for movies, but here
I was eating in the same cafeteria as the people on trial.
The trial became known as The Pizza Connection.  I was
naive, rather than saying I was stupid.  I lived a sheltered life.
Of course I befriended the "gang"  People looked at me strangely
because no one talked to the mafiosos unless it was their family.
I look back and am not sure I would have done it differently. 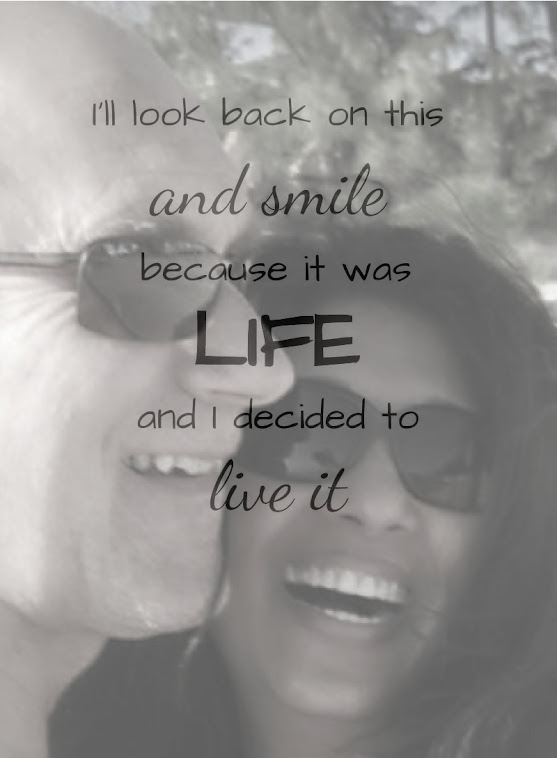 That being said, I met the man who was to be my first
husband in a similar way.  Cafeteria at the courthouse.  He was
quietly sitting having lunch.  I walked by him to sit at another table,
but changed my mind.  Turned around and went to his table.
I asked him if it was okay to sit with him.  Didn't wait
for an answer.  I just sat.  And just like that it began. 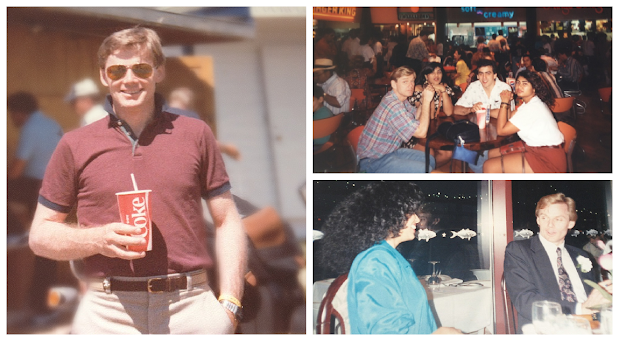 Paul Michael Riley was everything I should have stayed
away from. Almost 20 years older than me, twice divorced
although at the time I only knew of one.  It won't have mattered.
I was young and I sure was in love.  Our romance began. 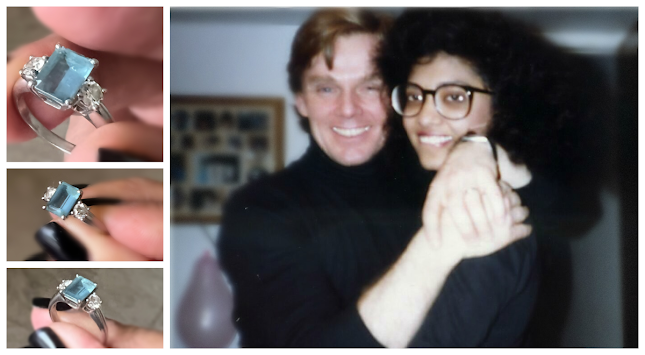 November 11th 1987 he came to my home in Queens, NY.
The significance of the date lies in that Paul was also a a veteran
of the Vietnam war.  He was a Marine. More specifically a paratrooper.
It was cold and raining, he was wet but smiling.  Under his coat
he pulled out a tiny blue box, in it was a ring.  My very first piece
of jewelry I ever got from someone other than my parents. 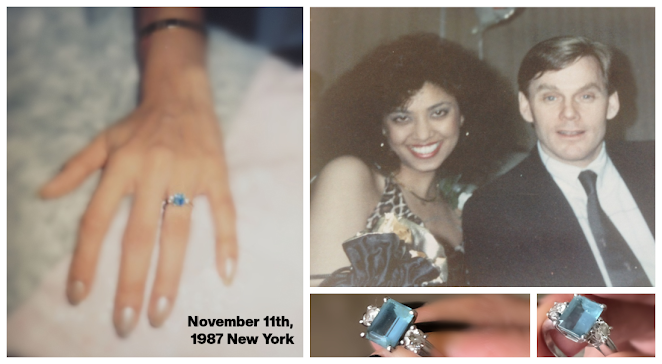 At the time I didn't even know who was Tiffany and Company.
All I knew is that I loved my aquamarine and platinum
engagement ring with the tiny diamonds.  I still do.
We got married in NYC by the then senior judge of the
United States District Court for the Southern District of New York,
who did this as a favor to Paul.  His name was Milton Pollack,
who was appointed to office by Lyndon B. Johnson. 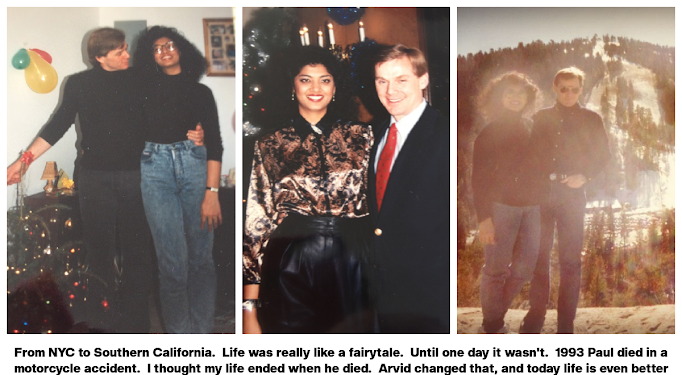 November 11th does not always bring back memories of this
time, but today it did.  It was a beautiful time in my life.  We got
married in NYC and moved shortly after to Southern California.
I have beautiful memories of this, and also very sad ones.
Sometimes a road down memory lane makes you realize
how far you've come and how much you have grown. 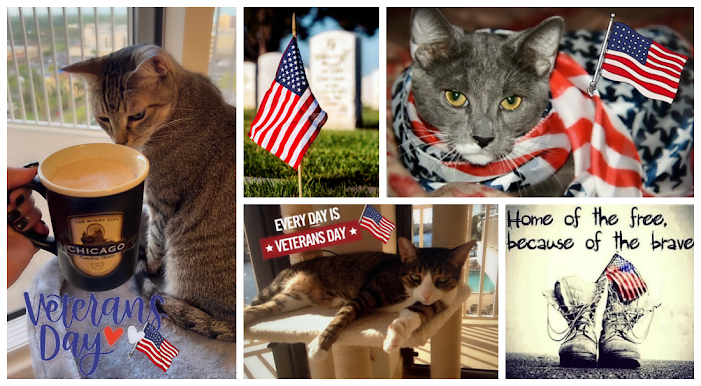 Life has been good to me.  It brought Arvid to me.
It also gave us Brutus, Shadow and Sniff.  I now have 2
stepdaughters and 3 granddaughters.  I have to say, I am a
very lucky person, and everyday I am grateful for it. 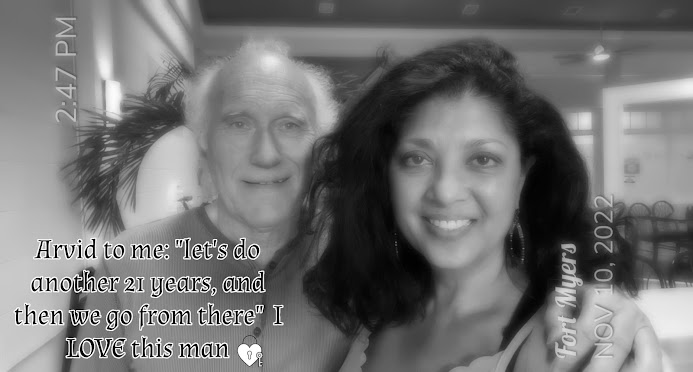 The best part of life's journey is who you get to share it with...
~Nadiya~
Posted by Nadiya at Friday, November 11, 2022