5 Moves That Make You Look Cheap..

What we obtain too cheap, we esteem too lightly

Give without remembering.  Take without forgetting...

Reading the finance news I came across this article... hope you enjoy it.  In our
lives we have all been "cheap" at some point probably, but when it is to
the extreme then that can become a very ugly trait.

Thanks to the recent financial crisis, frugality and thrift are increasingly becoming
positive attributes. But if, like many people, you find yourself looking for ways to trim
your spending, you may find yourself flirting with what can be a very fine line.

You know: the one between making smart financial choices and being outright cheap.
In fact, in many cases it's a line between thrift and outright thievery. You know you've
hit it when your savings become someone else's loss - or your own.
Here are a few common examples where thrifty become
downright cheap. How far would you go? 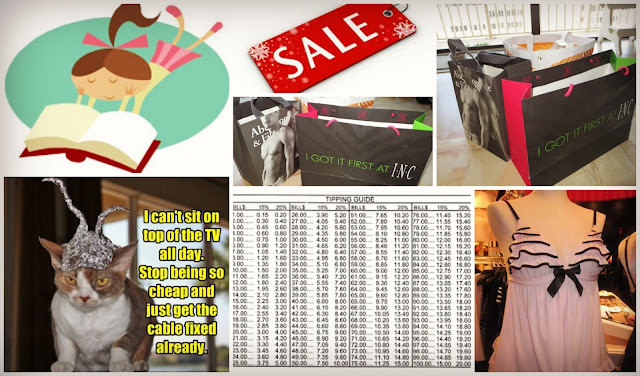 Seeking out sales can be a great way to help make groceries, clothes and virtually any
other items you need fit into a tight budget. At the grocery store, for example, you
might choose the cereal that's on sale, rather than the one that's on your list.

When people cross the line to cheap, however, is when they refuse to buy anything that
isn't on sale. This can often backfire by causing you to buy things that might be of
lower overall value or that you wouldn't have even considered buying otherwise.

You may find yourself spending more than you would have had you just purchased
what you needed. It can also put shoppers out of touch with the value of what
they're getting for their money - and isn't that what thrift is all about?

Thrifty: Tipping According to Service
Cheap: Never Tipping at All

Common etiquette requires that customers provide tips for certain services. As a result,
some of these service providers are actually paid considerably less by their employers,
because they expect that tips will make up the difference. In some states, this may
even be less than minimum wage. If you get rude or indifferent service,
it may be fair to leave nothing, but if you never tip, ask yourself why.
Is it really because you feel your waiter or taxi driver makes plenty
of money, or is it just because you can't bear to part with it? 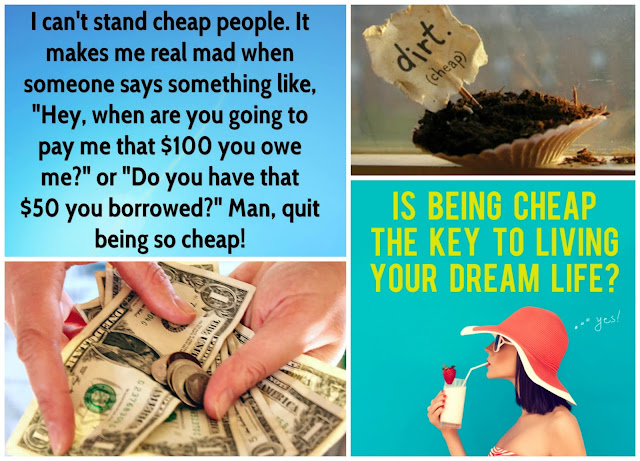 Thrifty: Putting Money Aside for Savings
Cheap: Saving Everything and Living on Nothing

Living a very Spartan lifestyle can a great way to achieve a big goal, but it's no way to live.
If you're working toward retiring early, buying a house or taking time off work to spend
with family, travel or pursue other goals, digging deep to make this happen just
might be worth it. But if you find yourself saving nearly every penny
and scrounging to make ends meet, it may be time to ask yourself
just what you're saving for. If you don't have an answer,
you've probably gone too far.

If you find a great way to stretch a dollar, there's nothing wrong with making
gooduse of it. For example, if you're in a coffee shop that provides free refills,
stick around and enjoy a few cups if you're in the mood. But please, don't
keep the cup and come back later (or every day thereafter) for more.

A couple of extra cups of coffee probably won't put a dent in a business's  bottom
line, but if more people follow your lead, it might just quash its free refills.

Thrifty: Cutting Out Internet and Cable﻿﻿
Cheap: Stealing It from Your Neighbors. 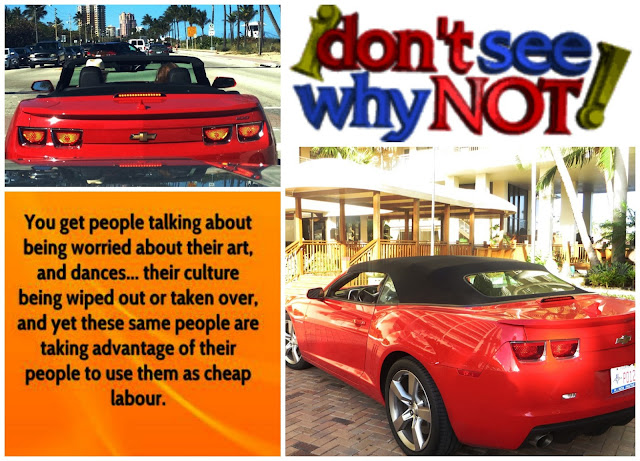 If you start cutting costs, you'll soon learn that you can get by with a lot less. But if you want
to be able to brag about your frugal living ways, you have to actually do without. If you
cut out your Internet but then log on through your neighbor's wireless signal, you're
about as enviable as the guy who parks a Prius in his driveway
but keeps a Lexus Convertible in the garage.

If you've cut your budget so far that you need to resort to taking advantage of others,
consider yourself cheap. The same is true if your sense of frugality begins to look
more like austerity or self-denial. Budgeting and saving money should be a
measured approach to reach a financial goal or survive tough times, not an
end in and of themselves. While being frugal may be trendy right now,
taking this trend to its extremes may be no better than falling prey
to overspending. After all, neither approach leads to living well,
which is what smart financial planning is all about.

Nothing wrong with wanting the best deal available...who doesn't? However,
it is possible to go too far...and this can definitely be a turn off rather than an asset.
Like the article says there is a fine line between being thrifty and being downright CHEAP!!!

The generous man enriches himself by giving; the cheap man hoards himself poor.
A miser grows rich by seeming poor;  an extravagant man grows poor by seeming...

Labels: The sun comes up another morning. My mind never wakes up without you on it.
Newer Post Older Post Home