The new normal is knowing I may never get over this loss not in a day or a
million years.  Grief is not as heavy as guilt, but it takes more away from you...

When Brutus died I was inconsolable.  My heart was ripped apart over and over again.
Our home was quiet.  Empty.  The silence was just so loud.  It was the most horrible feeling.

Silence.  Who knew it could be so deafening.  I waited for 4 days, then could not any longer.
On November 9th, exactly 4 days after Brutus died I told Arvid that it was too quiet,
and that I wanted us to get another kitty to love.  Arvid thought it was too soon,
but again I managed to talk him into it.  You see I was a mess. 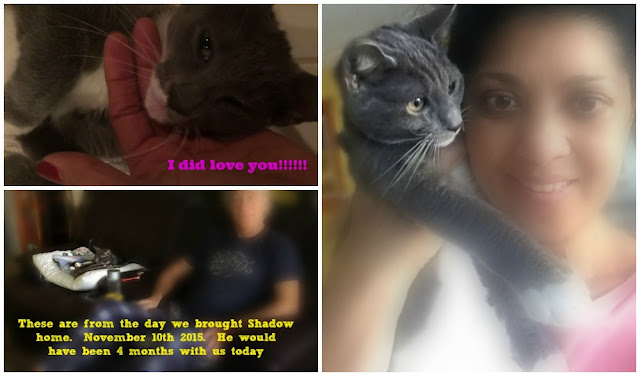 On the 9th we went to the shelter.  We choose 3 kitties to look at.  Shadow, whose name at
the shelter was Gray was third on the list.  But somehow kitty number two which was
Shadow's brother, Boy was asleep so instead they brought Shadow for us to see.

Without hesitation Arvid and I said, "he's the one."  We never even waited to see Boy.
There and then we adopted Shadow.  We did not bring him home until the next day.
November 10th Shadow officially became the new member of our family. 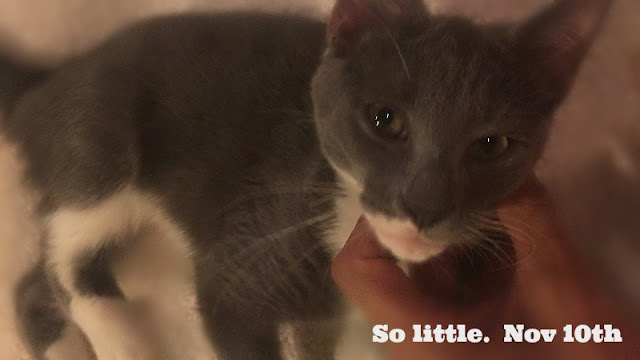 We promised to take care of him and to not let him come to harm.   Arvid and I gave him a
good home.  In his short life we took him o the vet 7 times for an allergy that just won't quit.
Finally Shadow was overcoming his allergy.  We had switched him to grain free food only, and
it was finally working.  Little Shadow was itch free.  Made us happy to see him not itching.

I am angry and guilty at myself for  never telling him how much he was loved.
Arvid, and I may not have said the actual words, but we showed it.  We played constantly
with Shadow.  He was constantly ready to be played with and we accommodated him.
Where we went Shadow followed.  His name suited him so well.  Whereas Brutus
was more of Arvid's shadow, Shadow was more mine. I ache for my Shadow. 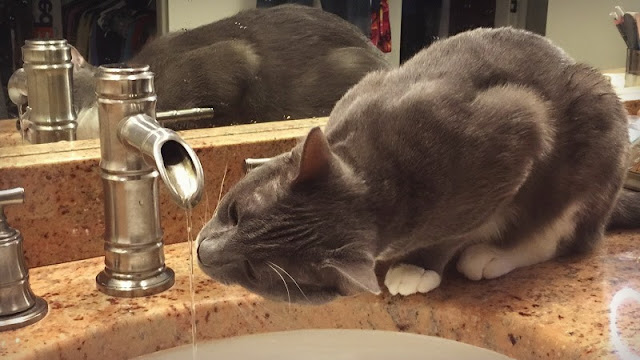 He went everywhere with me.  Sometimes if both Arvid and I showered at the same time,
Shadow had to run from one bathroom to the other just to check on both of us.
No matter if he was sleeping, as soon as he heard the shower he was right there.
waiting patiently for us to be done so he can chase after the drops.

He was not afraid of anything.  He jumped right into things.  My soul is tormented.
I am anguished beyond words.  Completely torn.  Shadow.  Shadow.  I don't know what peace
is anymore.  I thought that when Brutus died my world was never going to be whole again.
Now Shadow died and I know my world is never going to be complete again. 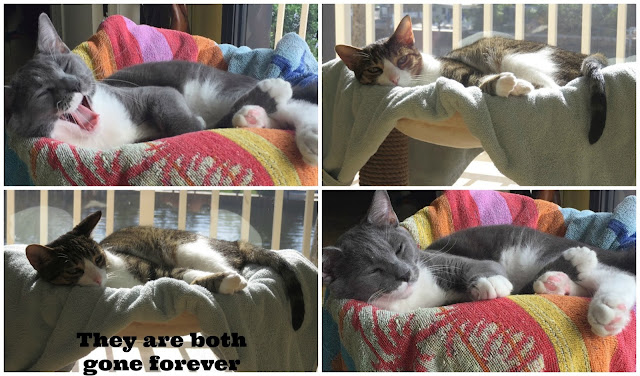 No one knows or can imagine what I carry inside of me.  And I wish no one ever
has to run these images through their minds over and over again.  When Brutus died I
could not, and still can't get over the look in his eyes.  That look haunts me.

The image of what happened to Shadow is killing me. Grief is now my world.
Today March 10th Shadow would have been with us for 4 months.   He never got that far.
Today my heart grieves for my Brutus and for my little Shadow.  I am so angry.
Angry at the person I trusted to care for Shadow, but who in turn due to gross
negligence got my Shadow killed.  Grief is now my constant companion. 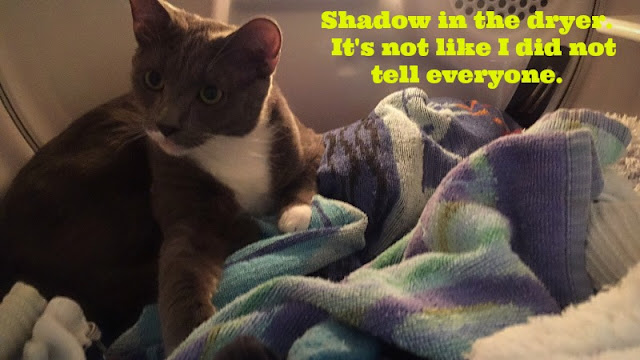 So it’s true, when all is said and done, grief is the price we pay for love.  Some losses
never heal,  you just learn to carry the burden and shed a tear every now and then...

Labels: I will never forget the moment they told me your heart had stopped. Even though mine broke in that second, it strangely kept beating. Mama is destroyed.
Newer Post Older Post Home