Happiness is not the absence of problems, it's the ability to deal with them...


As of last night 8pm Brutus had no food because today he had to be at the vet's office for 8am to have some tests done.  Here in Chicago just like in Florida all he seems to be doing is going to the vet.  We hope with these new tests being done today, we will find out what is going on and how we can treat him. 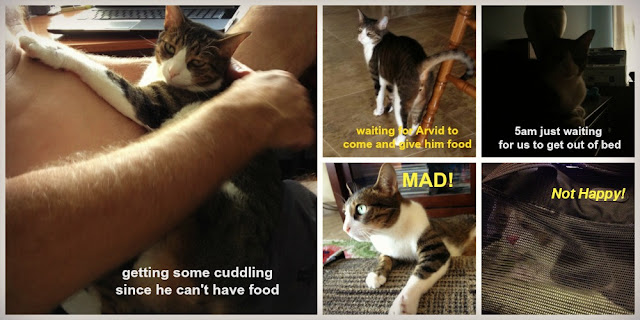 Exactly at 8pm last night he wanted food.  He was just standing looking at Arvid waiting for him to follow and take him to his foodies.  Did not happen.  As usual it just made us sad to see him looking so "depressed"  Brutus knows how to manipulate us really well and it really works.  He has us doing exactly what he wants and manages to make us want to do his bidding.  Strange creatures our pets.  We love them to death and we hurt for them just as we hurt for any of our loved ones.

After we did not get out of bed at 5am, Brutus cried and cried.  Arvid not being a morning person just looks at him and says, "shh shh go back to sleep now like a good little boy"  Well, that sure didn't stop him.  From then on Brutus was running all over us and jumping on the headboard just willing us to get up and feed him. 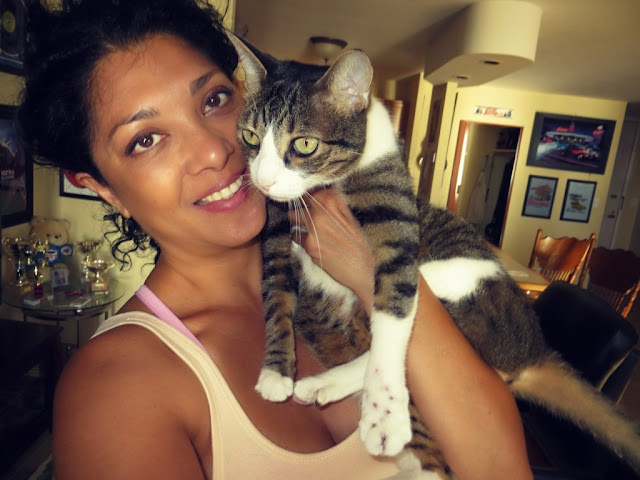 I got up and immediately he dragged me to where his food should be.  Well I almost (almost) gave in, but because I know what could happen I just looked at him picked him up and tried to soothe him.

Soon it was time to get Arvid up.  Not easy because he is NOT a morning person.  After that we got Brutus put him in his carrier and to the vet we go.  Brutus sees the taxi and starts to cry.  Not sure how much more of this he can handle.  Seems that all he does is go to vet after vet.  This is now our fifth trip with Brutus in a taxi to the vet. 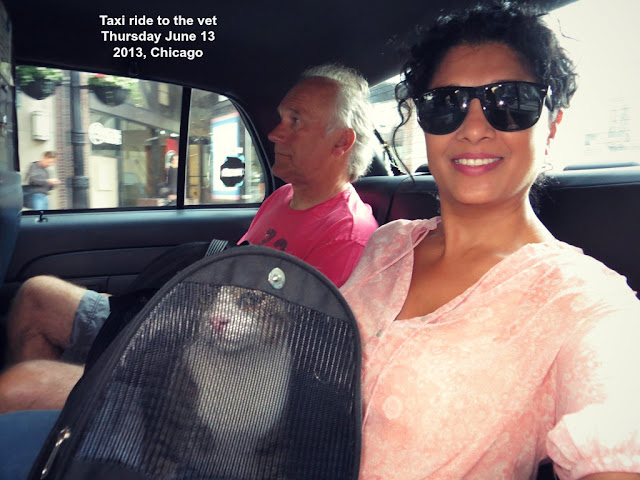 Now we wait.  To kill some time we plan on heading out until it's time to go and pick
Brutus up and bring him home.  Yes, when we left him we were both sad.
Coming home to an empty home is strange.

On a cherry note.  The Chicago Blackhawks, (hockey team) won the first game
against the Boston Bruins last night in the third overtime.  Boy was that a tense game.
Hope they win because the last time they won, 2010 the city of Chicago partied for a week! 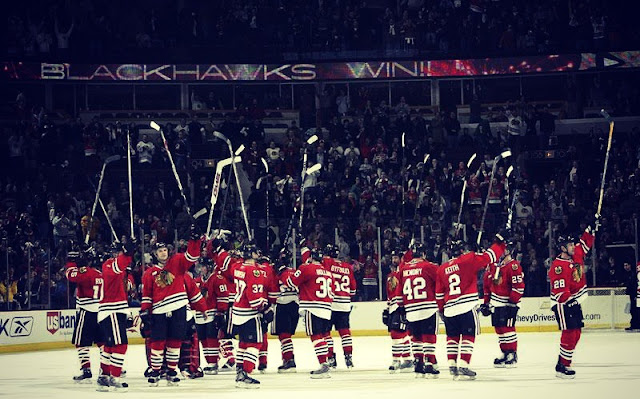 It's not always trying to fix something broken,
it's always about starting all over and
creating something better.
Happiness is a journey, not a destination...