What a day!   Most of the week was sort of dreary, but yesterday it seems
like everything was working in favor for the Blackhawks and their big day.
The skies were blue and the streets were buzzing with people.
Every person had on some kind of Blackhawk gear on them. 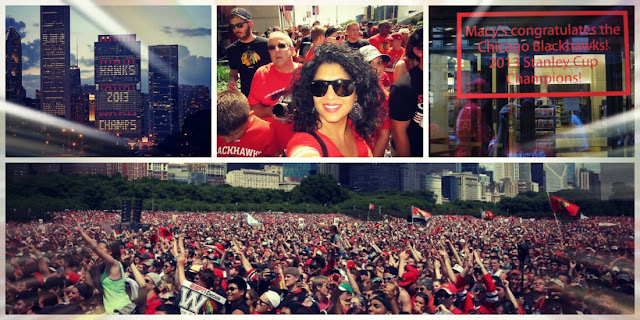 Arvid of course did not go.  He said, "I don't think I want to stand in the street just to
see a bus pass with a bunch of people"  Well I went on my own and I sure had a great
time.  The crowd was ALIVE!!  All you saw was red! 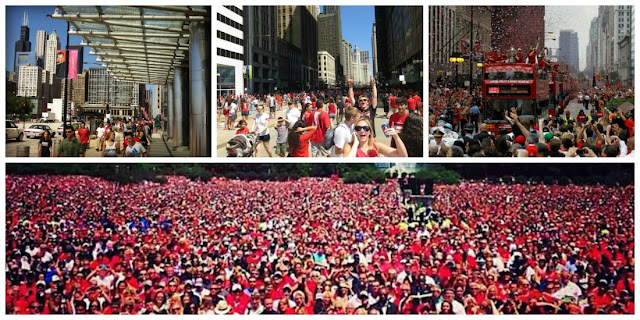 People in Chicago really seem to like their Blackhawks.
No official crowd estimates have come in just yet,
but judging by the scene downtown in Chicago this Friday,
it's safe to say at least a few million people turned out
for the 2013 Stanley Cup parade honoring the 'Hawks.

This accordingto a news report.  It has been reported that close to two million
showed up in 2010 to celebrate their Stanley Cup win!  Me I was just having a blast.
After the parade I decide to go to Macy's.  Always time for a new bathing suit.

It was difficult to choose one so, it made more sense to get all three :)
After that is was a little stop at Starbucks while I waited for Arvid.
Did not have to wait long.  Both he and I are extremely punctual. 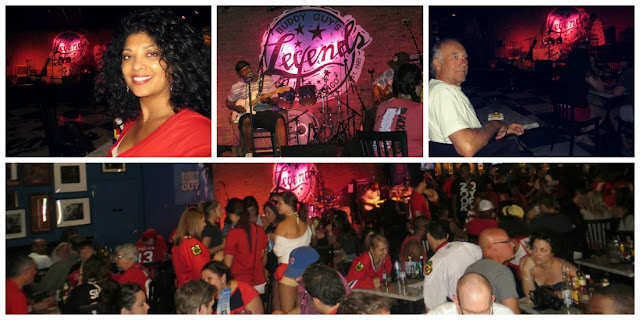 Once Arvid arrived we went to one of our favorite spots.  Buddy Guy's Legend's.  Together with
other Blackhawks fans the celebration began.  Good food, good music
and just a good time....
Wishing you all good times always.