No matter what happens in your
life always face it with a smile...
Rascal wishes everyone a very good day.
He's well fed and he's a happy little dude.  I love his
little face and his eyes.  Everything about him. 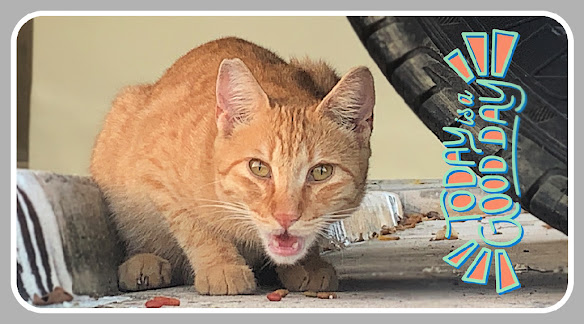 And with the same surprised look, Rascal
wishes everyone a safe Halloween.  Most likely
he will be hiding away from everyone. 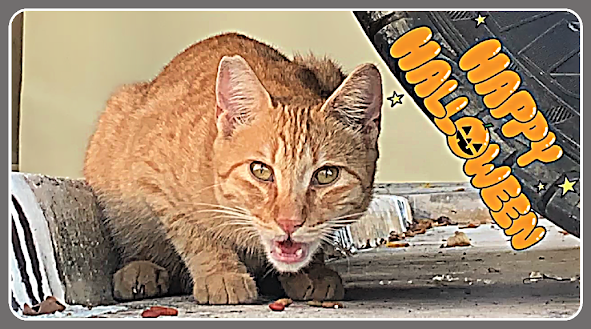 Even though Mama is not always nice towards him, she's
never far away.  She always wants to eat the foodies I give
to Rascal even though she has the exact same foodies. 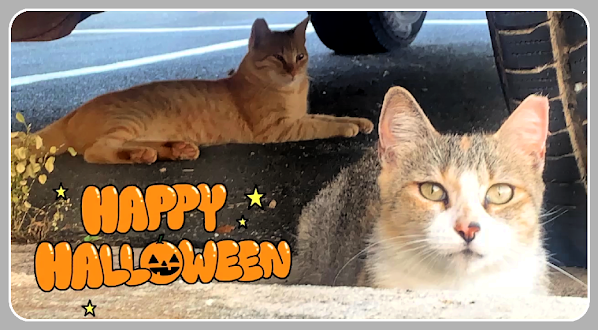 Baby is tricky, but never one to be taken advantage.
She knows when to show up and when to hide.
She and Spitfire are sisters, making her aunt to
little Rocco and Taino who died in August. 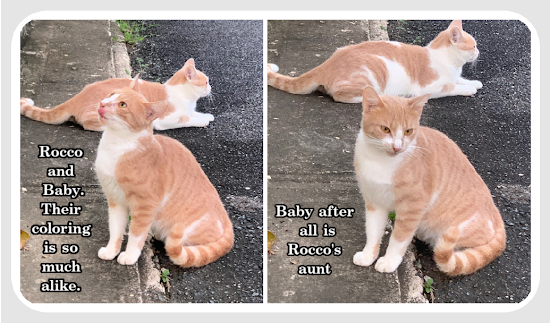 Spitfire, Baby, Shygirl and Mama are three of
the kitties I saw from the start in August of 2020.  At the
time mama was nicknamed Bully.  The name says it all.
To this day Spitfire follows me everywhere. 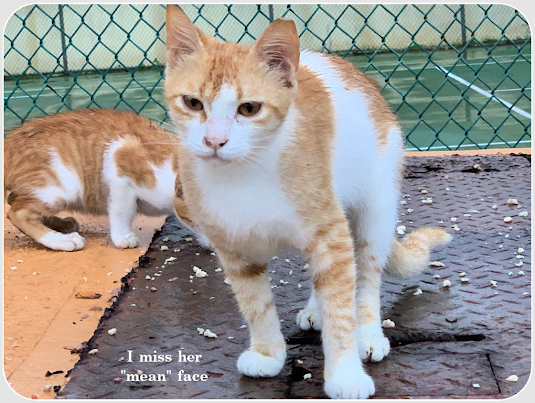 I have not seen Spitfire since We3dnesday, but I have
asked around and the lady that had adopted he and who
works in the complex tells me she has seen her. 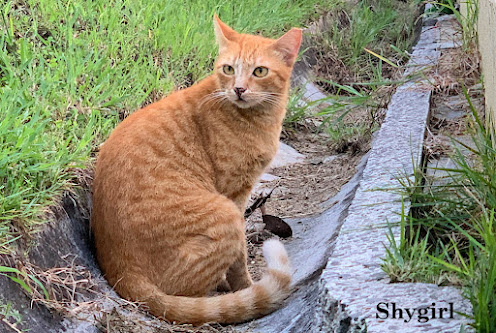 My guess is someone else is feeding her as well 🙏.
Happy for that, but I hope to see her this afternoon or
in the morning when I go out walking again.  I would
like to confirm this on my own.  I know each one. 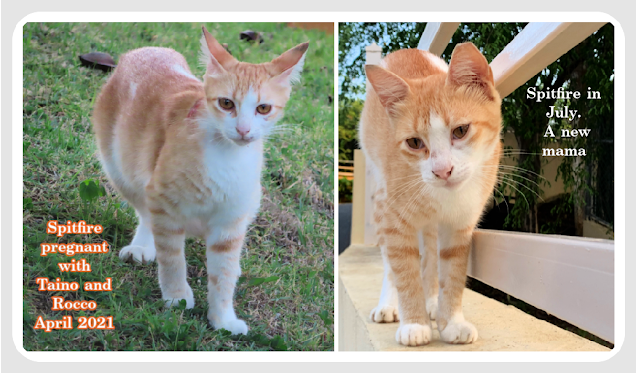 From day one Shygirl was always in her same spot.
On the ledge of the concrete wall.  To this day that's where I
look for her as I walk in the mornings.  I look out of the office
window and I see the ledge, and I can see Shy at times. 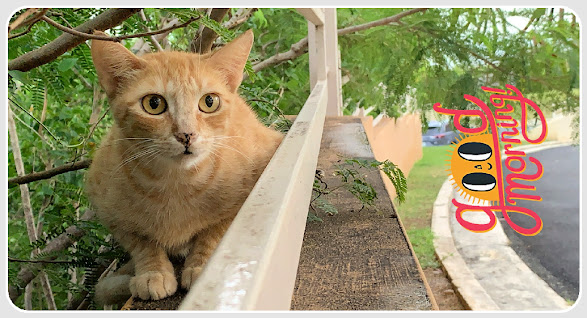 Senior started showing up as a "regular" late in June.
The first few times I saw him he was limping.  I tried
to get close to him and leave him foodies, but Senior
always, always took off running.  He still runs off. 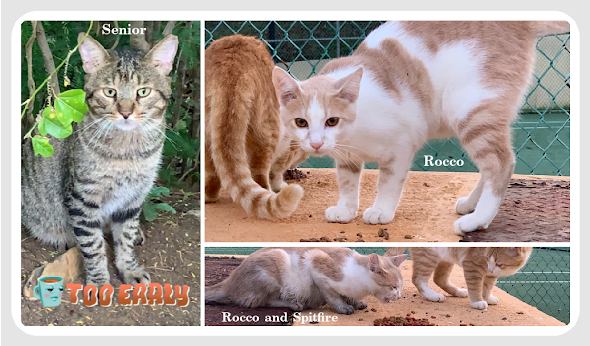 To this day he still won't get too close, but he is
consistent with showing up for foodies and he has a regular
spot behind the fence.  Senior always seems as if he were in jail
behind the fence.  He looks at me with those very sad eyes. 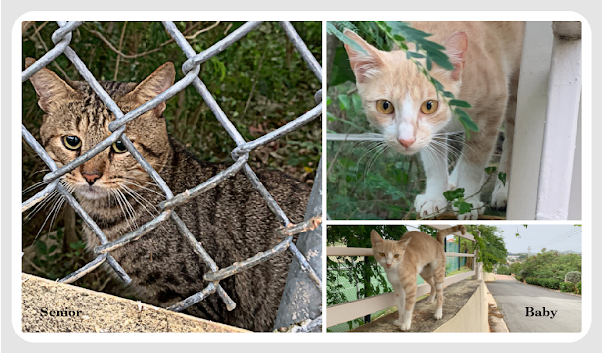 The first time I spotted Milo, MacGyver and Marbles
was the last week of December of 2020.  I really never got
to bond much with them at that time because Arvid and
I went back home to Florida on January 12th 2021. 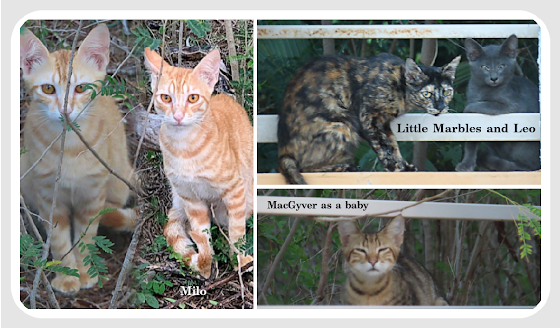 Milo is the fastest "kid" in the block.  He lives on
one side of the fence on his own.  That's originally where
Marbles and MacGyver used to be.  Also Leo.  He was
around just briefly before "disappearing" 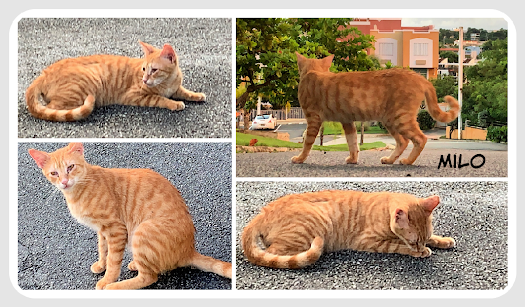 When I first saw Marbles she was always trying to eat
everyone's foodies.  At the time she was not my favorite
kitty.  That changed very fast.  marbles and MacGyver
won my heart within days.  I love this little one. 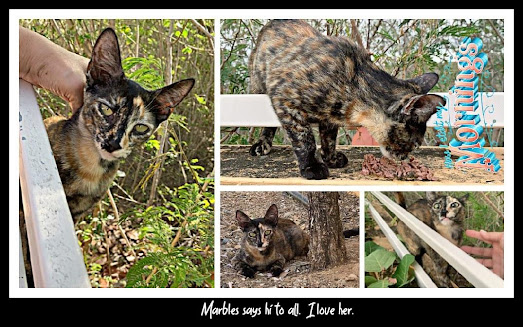 Marbles was the first one to get spayed.  She was so easy.
I picked her up.  Put her in the carrier and that was it.
Didn't have to use the trap for her nor MacGyver. 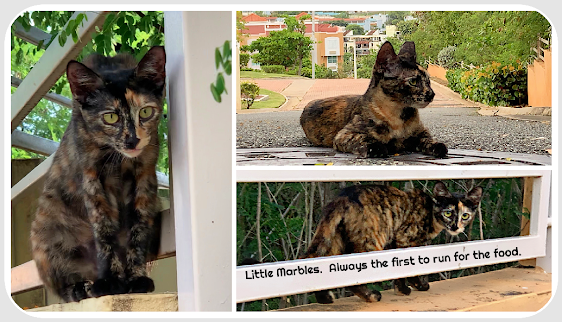 After hs surgery MacGyver ran away.  Arvid
and I looked for him 2 days in a row.  We walked the
hills and we called for him.  I made a flyer for him. 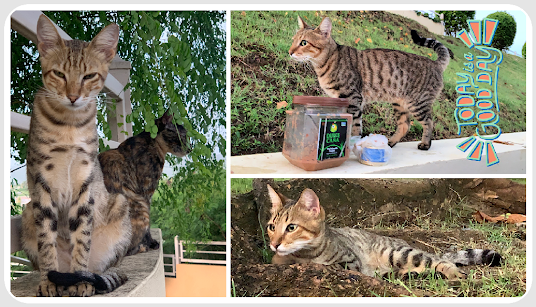 I was not sure he would be able to return home.
MacGyver surprised me.  He returned home in less
than 48 hours.  When I went walking early that morning
MacGyver was hungry, but otherwise he was all good 🙏.
I found him right by Marbles as if he was never gone. 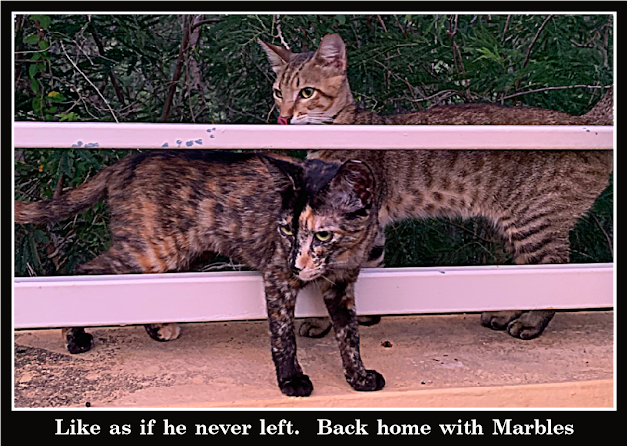 MacGyver and Marbles.  They go hand in hand from
the first day I saw them they were together.  Today they
still are, but sometimes MacGyver being a boy like to run
off and explore on his own.  He loves chasing birds. 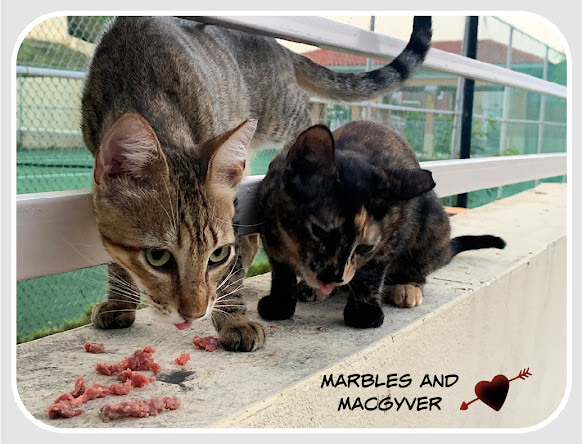 Taino, Spotify and Bandit.  All three dead.  In the
little time I had with them I grew to know each one
and their unique personalities will always hold a special
place in my heart. Life in the wild is sure  not easy. 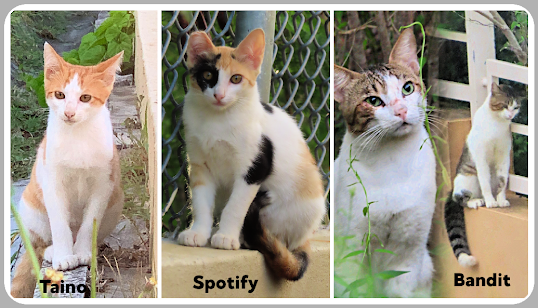 I loved Spotify.  She was the sister of Rascal, and
Mama's little girl.  I do miss her little face.  Taino so little,
and Bandit has those eyes that mesmerized you 💙. 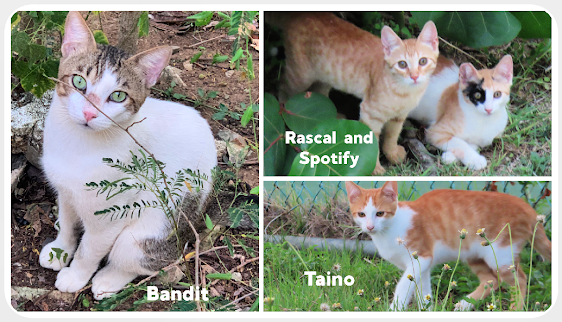 When Poo Poo died my heart broke.  Again.  Poo was
big but he was such a gentle kitty.  All the other kitties
loved him.  Even Spitfire and Mama. He was after all dad
to their babies. Poo was everywhere, and I miss him. 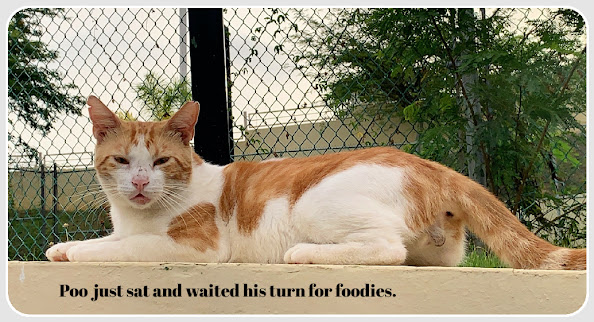 When Poo was alive Arvid and I would hear him every
afternoon.  Crying like a little baby looking for Mama, Spotify,
Rascal and Whitepaws. He was their dad, and he came
home to them in the afternoons.  I miss his face. 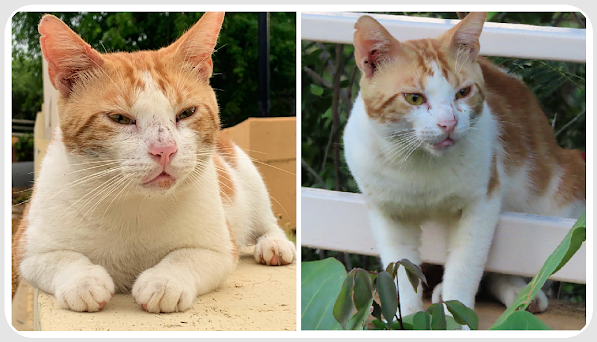 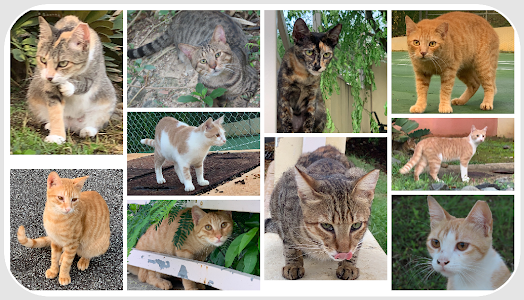 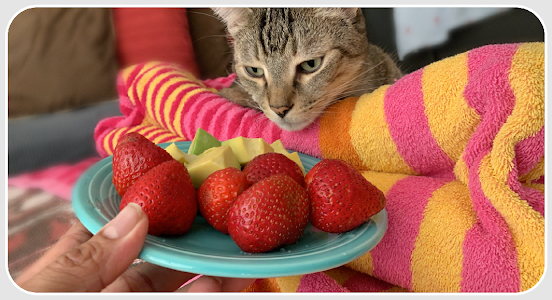 I learned over and over that life
happens on its own terms, not mine...
~Nadiya~
Posted by Nadiya at Friday, October 22, 2021